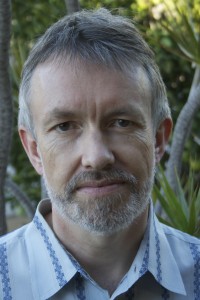 Hugh Wilford joined the CSULB History Department in 2006, having taught previously at the University of Sheffield in the United Kingdom. Trained in the U.K. as a U.S. intellectual historian, he has published widely on such topics as the New York Intellectuals, the history of the American left, Americanization and anti-Americanism in Europe, and the “Cultural Cold War.” His most recent works concern the role of the CIA in shaping Cold War American and western culture, and the role of culture in shaping the Cold War operations of the CIA. The Mighty Wurlitzer: How the CIA Played America (Harvard University Press, 2008) examines the relationship between the CIA and various apparently private U.S. citizen groups the Agency secretly funded in the Cold War “battle for hearts and minds.” America’s Great Game: The CIA’s Secret Arabists and the Shaping of the Modern Middle East (Basic Books, 2013) tells the surprising story of a group of pro-Arab operatives in the early CIA, locating them in longer traditions of American missionary and British imperial engagement with the Arab world.

Dr. Wilford is currently at work on two projects: an imperial history of the CIA and an emotional history of Anglo-American relations.