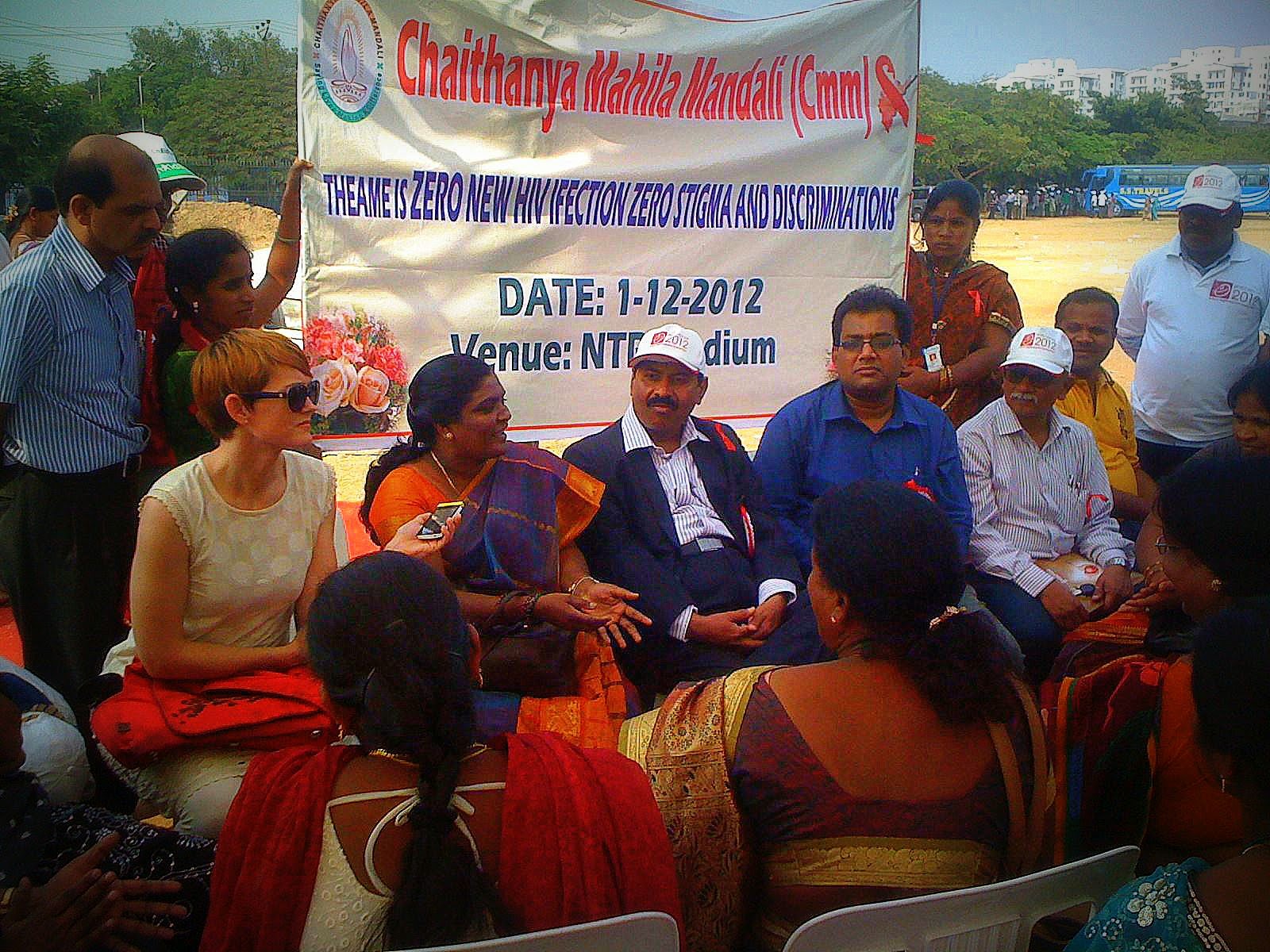 Kimberly Walters is a cultural anthropologist. She researches the interplay of gender, health, and transnational humanitarianism in South Asia. She studies both discourses of ‘doing good’ in the world and the global networks that currently exist to address problems of human health. Specifically, her work contributes to the interdisciplinary study of sexuality and human rights in South Asia.

Dr. Walters’ doctoral research was funded by the National Science Foundation and the Committee on South Asian Studies at the University of Chicago. During the course of her fieldwork at a community-based organization (CBO) in Hyderabad, India, she was surprised to witness the rapid decline of HIV-prevention discourse intended to empower sex workers. Sex worker empowerment in the name of HIV-prevention is now being out-funded by an opposite approach from a new transnational powerhouse—the anti-trafficking movement, which understands sex workers to be ‘modern-day slaves.’ Her work demonstrates that the global charitable market for stories of the rescue of trafficked women creates demand for narratives of forced prostitution that map easily onto the master narratives of intentional and organized crime that the anti-trafficking movement has itself popularized. Anti-trafficking organizations, consequently, cultivate trafficking narratives among Indian sex workers. Most Indian sex workers choose to enter the business because it pays far better than the legitimate labor available to them. Dr. Walters argues that salable stories of trafficking obscure the broader problems of wealth distribution and the cultural specifics of love, marriage and kinship that propel women into sex work in South Asia. As HIV prevention efforts are eclipsed by anti-trafficking initiatives, the anti-trafficking movement unwittingly consolidates the very gender norms that make it likely for Indian women to initially enter sex work by encouraging sex workers to marry and return to familial roles and jobs that leave them dependent on husbands for their support.

Dr. Walters’ next project will be an ethnography of resistance to the distribution of pre-exposure prophylactic drugs (PrEP) for HIV prevention in India. She will analyze the circulation among governmental and NGO staff of the notion that distributing PrEP would promote sexual promiscuity and undermine Indian values. With this project, Dr. Walters hopes to contribute to the theorization of the intersection of health, moral goods, and humanitarian labor.

Dr. Walters has plans to establish a study abroad program in South Asia where she can train students about research methods and incorporate them into her studies as assistants.