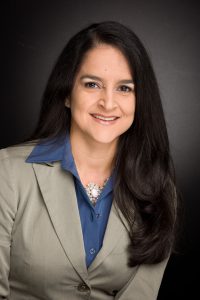 Vanessa E. Rosales is the corporate and government affairs director for Food 4 Less/Foods Co., one of 20 divisions of the nation’s largest traditional grocery retailer, The Kroger Co. In her position, Rosales oversees public relations, associate communications, government affairs and community relations. She is also fiscally responsible for the Food 4 Less Foundation, which provides more than $4 million in grants and product to the communities in which Food 4 Less/Foods Co. conduct business.

Before joining Food 4 Less, Rosales managed a six-city diversity marketing program for Goodyear and NASCAR that aimed to introduce the sport to women and minorities. She has worked for both for-profit and nonprofits in public relations and social corporate responsibility positions and has contributed to organizations such as Kaiser Permanente, NASCAR, Honda, the American Heart Association, City of Hope Cancer Center and the Los Angeles Dodgers.

Vanessa holds a bachelor’s degree in journalism with an emphasis in public relations and a minor in marketing from California State University, Long Beach.