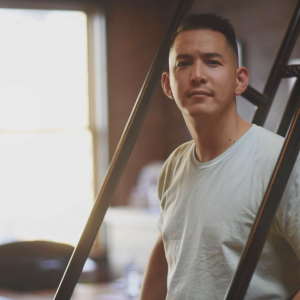 Geoff Kutnick founded Foodbeast, a food news digital publication website, in 2008, while he was still in the CSULB Journalism & Public Relations program. Since graduating in 2009, he’s worked with his partners, Elie Ayrouth and Rudy Chaney, to expand the publication’s reach. These days, it has millions of followers from around the world on social media.

For those who may not know what Foodbeast is, how would you describe it?

Kutnick: Well, we’ve been dubbed the “TMZ of food news and culture,” and I think that’s the easiest way to describe it. Anything that’s new or relevant to food or beverage in the United States and beyond is the basis of why we exist. We were one of the first publications to put a spotlight on categories of food that weren’t getting mainstream media play. So, while Food Network was focused on chefs and celebrity chefs, and Food & Wine was focused on fine dining and beautiful recipes, we started covering the new Oreo or the new burger at Carl’s Jr.

When you initially graduated, did you know what you wanted to do?

Kutnick: I wasn’t sure, to be honest. I had started with theater, and then I shifted over to broadcast journalism. And then journalism was going through a relatively tough newspaper-to-digital-publication transition at the time, so I emphasized in public relations to get an agency job after I graduated.

How did the emphasis on public relations help you get to Foodbeast?

Kutnick: Public relations did help me land an agency job. After graduation, I became a digital associate for a small firm in Long Beach. At that time, there weren’t as many social media jobs as there are now. I was later able to bring those skills into my role at Foodbeast while we were trying to make it grow.

Did you ever have a moment that made you stop and think, “Hey, all this work was worth it, and this website is really going somewhere”?

Kutnick: There are probably a dozen different moments where in each moment, we realize we’re doing better than we expected. Foodbeast wasn’t an instant success. But when we were earning enough revenue to hire editorial staff that wasn’t me or the other founders, that was one. Also, in 2012, when I was able to leave my side job and make Foodbeast my actual occupation. That was a pretty defining moment because we had spent years working on this site without any sort of real compensation. Every day I get to walk into the office and see hardworking staffers contribute to a dream that was a long shot for three 20-year-old kids, that feels like a defining moment.

What are your plans for Foodbeast? Where do you want to see it go?

Kutnick: We’re doing everything we can to adapt to the most fast-paced, technological changes that have ever happened on this planet. So, our focus is: How do we constantly adapt? We’re also trying to keep and grow our audiences, which is not an easy task. As much as I’d like to say, “We’re innovative, and we’re going to do XYZ,” it’s not that easy. We want to get to a point where we can get into more people’s computers and phones so that our audience continues to watch us, our publications, and possibly even some long-form content.