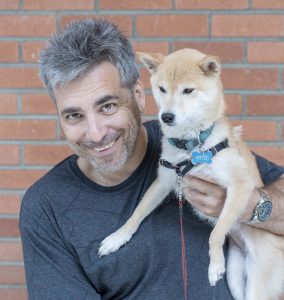 Dr. Christopher Karadjov, a native of Bulgaria, studies Eastern European media, focusing on comparative studies that juxtapose journalism practices and media influences in Eastern Europe with those in other parts of the world.

Dr. Karadjov began his career in journalism in Bulgaria, where he worked for the country’s largest daily, 24 Hours, as a senior government reporter. Later, he became the domestic news editor for Standart News, another Sofia-based daily. He spent six months working as a reporter for the Dallas Morning News in 1996 as part of a Washington-based fellowship. Upon his return to Bulgaria, he assumed the role of deputy editor-in-chief in charge of reporting with Sega, a renowned weekly political magazine in Sofia.

Dr. Karadjov started his academic career as an assistant professor at the State University of New York at Oswego and joined the faculty at Cal State Long Beach in 2005. He is actively involved in the International Communication Association, especially its Journalism Interest Group. He is also a member of AEJMC and several other professional organizations, including the American Association for Public Opinion Research.