April 27, 2020
Although the 2020 Cross-Examination Debate Association (CEDA) National Championship tournament was cancelled due to COVID-19, the organization decided to proceed with their annual awards virtually by announcing them on the organization’s Facebook page. I’m pleased to share that CSU Long Beach’s Beach Forensics team received four of the organization’s most coveted awards this year. Information about the awards and the recipients is below!
First – senior Jaysyn Green (Team President) and freshman Georgie Suico were recognized as 2020 Cross-Examination Debate Association (CEDA) All-Americans. This is no simple feat – to make the All-American team, a committee decides on the top 30 individual competitors in the nation “who represent the best of intercollegiate debate. They each demonstrate competitive success, academic success, good conduct, and strong contributions to their squad.” Congratulations to Jaysyn and Georgie! 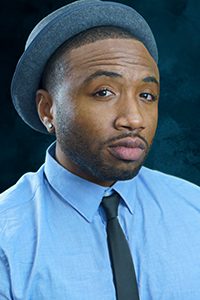 Second – Our Director of Debate, Deven Cooper, is the recipient of the 2020 CEDA Brownlee Coach of the Year Award. The Brownlee Award “is given annually to a forensic educator who demonstrates outstanding achievement in scholarship, education and service to CEDA. The award is named in honor of longtime coach and founding CEDA member Don Brownlee. The ideal candidate demonstrates some element of all three factors (scholarship, education and service to CEDA).” To see some of what the nominator and others had to say about Deven, please see: https://docs.google.com/document/d/1xt2Orue4_omHj79N4K8WpbCUeXeWGVAZQvq-PYF2O_k/edit?fbclid=IwAR0GpP4SFQ5rGr1RFow3JE29gfaoz1i8GN_LUaGqnvclPgx-X7b_gvUPTMc
Finally – Beach Forensics is the 2020 recipient of the CEDA Public Debate Award. This award “is given to the intercollegiate debate program which, over the course of the past academic year, has best advanced the values of debate in the public sphere through sponsorship of one or more public debate activities including international public debates, multimedia debates, public debates on campus or for community groups, and through general promotion of public discourse to promote critical examination of public issues for diverse and general audiences.”
Here is what the awards committee had to say about Beach Forensics:

1) Advancing the values of debate into the public sphere on a range of highly salient public controversies. Beach Forensics sponsored over half a dozen different public debate events, including events on voter suppression, the Green New Deal, Earth Day, and the costs of higher education. Beach Forensics also paired with groups like domestic partners like TedxCSLUB and international partners like the Irish National Debate Team.

2) Beach Forensics promoted critical examination of public issues for diverse and general audiences. Beach Forensics has co-sponsored important events on the election debates in partnership with Student Government, and it has used those events as a venue to substantially increase the number of new entrants into policy debate. Over half of the current Long Beach squad is made up of true novices who have joined the team because of interaction with these events and other important course offerings.

Congratulations and thank you to Michael Eisenstadt, Deven Cooper, and the entire Long Beach debate team for your inspiring efforts to use public debate as a tool for community engagement!