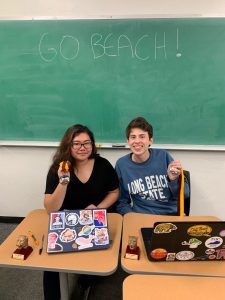 In the rookie division, the team of Natalie Lahney and Chris Steveson finished with a 3-3 record. At his debut tournament, Chris was recognized as the 4th 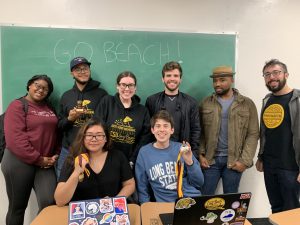 speaker in the division, an impressive feat considering he joined the squad two weeks ago and was competing against rookies who have debated all season!

At the Hannie Shaft, the squad picked up victories over teams from Arizona State, Cal State Fullerton, Fullerton College, Southwestern College, UNLV, and Weber State. It’s worth mentioning that the teams from UNLV and Weber State were among the top 32 teams at the Texas Open last weekend in a field of more than 100 of the nation’s best teams (of which we cannot attend because of the travel ban), and the team of Suico and Christiansen beat those teams twice each, in the preliminary debates and again in elimination debates on their way to the championship.

For more information on Beach Forensics, check out their website at: https://cla.csulb.edu/departments/communicationstudies/beachforensics/