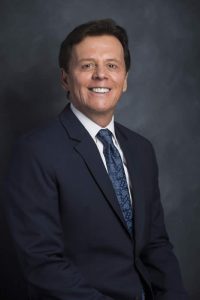 Regarded as one of the top volleyball minds in the country, women’s volleyball head coach Brian Gimmillaro is the most successful coach in Long Beach State history. His business endeavors include Brian Gimmillaro Volleyball Enterprises, the California Juniors Volleyball Club — the oldest and most successful club of its kind — and BGVB camps and clinics. He also developed a best-selling DVD series on instructional volleyball skills and co-authored the book, Volleyball: Drills for Success. At Long Beach State, he built an elite women’s volleyball program, “virtually from scratch,” leading the 49ers to 3 NCAA titles, 8 Final Fours, 27 NCAA tournament appearances, and 13 Big West titles over 31 seasons as head coach. Six of his players were named National Players of the Year, and Gimmillaro himself was the first college coach to be named Coach of the Year by the U.S. Olympic Committee. Prior to returning to his alma mater, Gimmillaro made his mark at Gahr High School, guiding his program to a national first-place ranking in 1984. Gimmillaro was elected to the American Volleyball Coaches Association Hall of Fame and named a Big West Coach of the Year. He is a three-time National Coach of the Year, a four-time Century Club Women’s Coach of the Year, and the recipient of the USA Volleyball All-Time Great Coach Award. Additionally, he is a prolific public speaker who has made hundreds of speeches to businesses, clinics, conventions, and conferences throughout the country. 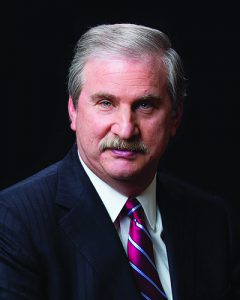 A community-minded CEO with a track record for business innovation and expansion, Kevin Nagle is perhaps best known as the largest local owner of the Sacramento Kings basketball team and for working successfully to keep the NBA team in Sacramento. But Nagle is also widely admired as the co-founder and former CEO of Envision Pharmaceutical Holdings, Inc., the pioneering prescription benefits management (PBM) company he lead for nearly 15 years and before it was sold to RiteAid in 2015 for $2.3 billion. Under Nagle’s leadership, Envision created a new business model which won numerous industry awards and today, it is one of the world’s largest and most influential PBMs. Described as “a Renaissance man among investors,” Nagle is now president and sole owner of The Nagle Company, Inc, a holding company which includes shopping malls, real estate assets and sports franchises. His investments include the Sacramento Republic FC, a minor-league soccer club, Trojan Horse Productions, a film-production company and Moneta Venture Capital and Leavitt Partners Private Equity with board seats on each. Named the 2015 “Executive of the Year” by the Sacramento Business Journal, Nagle also supports a variety of philanthropic causes and sits on the boards of St. Hope Public Schools, Saint Mary’s College of California, and the UC Davis School of Medicine. He is even prouder of daughters Lindsay, a teacher, and Haley, a neonatal intensive care unit nurse.