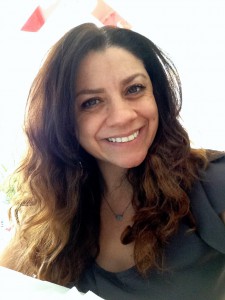 Maythee Rojas is a Professor of Chicano and Latino Studies at California State University, Long Beach. Her research specializations include ethnic American literature and issues of gender and sexuality. She is the author of Women of Color and Feminism (Seal Press: 2009). Her work has appeared in Feminist Teacher, Frontiers, MELUS, Women’s Studies Quarterly, Women’s Studies: An Interdisciplinary Journal and reference books such Notable American Women, Encyclopedia of Latino Popular Culture, and Latinas in the United States: A Historical Encyclopedia.

In 2010-2011, Dr. Rojas served as president of the National Association for Ethnic Studies (NAES) and was the 2009-2010 Interim Editor for its journal, Ethnic Studies Review. She is currently the director of CSULB’s Bachelor of Arts in Liberal Arts (BALA) degree completion program, which is a collaborative effort between the campus’s College of Liberal Arts (CLA) and the College for Continuing and Professional Education (CCPE) to assist nontraditional, working adult students in receiving their bachelors’ degrees.

Dr. Rojas’ most recent book project, Cultura Canine, is a cultural studies analysis that explores the physical and imagined bonds that U.S. Latinos and Latin Americans form with canines. In the process, the manuscript also addresses the socio-economic and political factors that shape and surround many of these relationships. In particular, it considers how the dimensions of class impact views about Latino dog ownership as well as the ways in which dogs and dog imagery can serve as vehicles for and commentaries about colonialization, immigration, acculturation and transnationalism within U.S. Latino and Latin American communities.