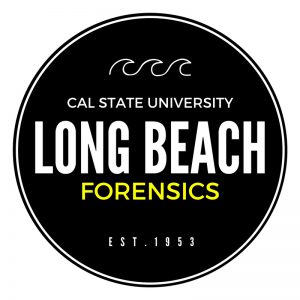 The Jack Howe Memorial Invitational is one of the nation’s largest speech and debate tournaments. In 2018, the Jack Howe fielded more than 2,000 middle school and high school competitors with more than 5,000 people in attendance. The Jack Howe is one of the opening tournaments of the season and typically takes place late in September. Our flagship tournament is well known for its impressive trophies, and even more impressive recipients of such awards. Each year, the tournament offers multiple speech events and debate formats, with novice, junior varsity/open, and senior/TOC divisions. In spirit of the tournament, everyone at the Jack Howe is considered a winner for competing at a high caliber early in the season. As the tournament has grown in size and quality of competition, the Jack Howe has received bids to the National Individual Events Tournament of Champions and Tournament of Champions in nearly every event, including multiple semi-final and final round bids in individual events, a finals bid in Lincoln Douglas, a semi-finals bid Gold Public Forum and quarterfinals bid in Silver Public Forum, seven finals bids in Student Congress, and a quarterfinals bid in Policy Debate. Beginning in 2018, Beach Forensics began a new tradition by honoring the top speaker in Senior Policy Debate as the recipient of the Chuck Ballingall award for excellence in debate.

Winter at the Beach

Each winter, Beach Forensics hosts an intercollegiate, full service speech and debate tournament. The tournament typically occurs after the first week of the spring semester and provides competitors an opportunity to begin the second semester of competition the best way possible, on the beach! Beach Forensics plans to continue growing the size and quality of competition at the tournament with the hope of eventually transforming Winter at the Beach from a regional tournament into a major, national intercollegiate tournament.

In conjunction with the Los Angeles Metropolitan Debate League (LAMDL), Beach Forensics is pleased to continue hosting a tournament entirely dedicated to providing opportunities for schools participating in the league from diverse backgrounds throughout the greater Los Angeles area. This tournament is hosted with the mission of creating an accessible, inclusive, and welcoming tournament environment that promotes the growth of competitive speech and debate in Southern California.

Beach Forensics is pleased to continue hosting the California State Championship in speech and debate. We welcome competitors who have qualified for the tournament from all across the state. In conjunction with the California High School Speech Association, Beach Forensics is committed to providing an accessible and welcoming environment for the state’s finest competitors to pursue a state championship in a number of speech and debate events. 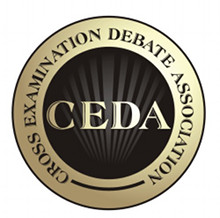 From April 3-7, 2019, Beach Forensics is pleased and proud to announce CSU Long Beach as the host of the 2018-2019 Cross-Examination Debate Association National Championship in intercollegiate policy debate. The tournament will serve as the culmination of the 2018-2019 intercollegiate policy debate season and as a major attraction for speech and debate students in Southern California by showcasing the rich history and pride of Southern California debate. Local competitors and coaches as well as alumni of CSU Long Beach are welcome to attend and observe the tournament. Aside from a rigorous and highly competitive tournament to crown a national champion, Beach Forensics is delighted to host a special awards ceremony in our Student Union on April 6, 2019, where we will recognize the top speakers at the tournament and a variety of community-nominated awards for our best, brightest, and most dedicated competitors and coaches. RSVPs are required to attend the awards ceremony, and seating will be limited.