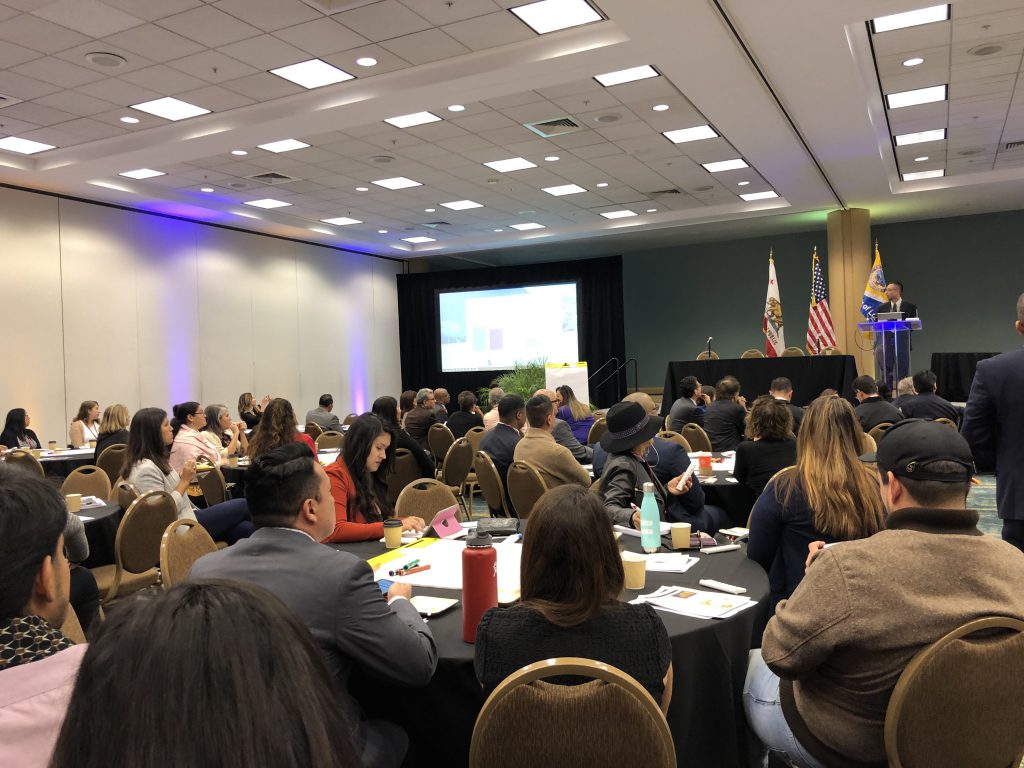 Those were just some of the discussion points talked about at today’s first Long Beach Latino Economic Summit, held at the Long Beach Convention Center.

The event brought local leaders and community members together to learn about and discuss the “Long Beach Latino Economic Profile and Impact Report,” research that shows various socioeconomic statistics on Latinos in Long Beach. The purpose of the research was to spark conversations around key policy considerations and implications.

Presented by CSULB economics department chair Seiji Steimetz, some of the report’s findings include the following:

Long Beach Mayor Robert Garcia gave the keynote speech at the event. One of the points he focused on was the importance of Latinos taking part in shaping economic policies.

“I grow tired that the only thing [Latinos] can speak to, or have conversations around at the national level, is just around immigration,” Garcia said. “[Immigration] is important, and, in fact, to many Latinos, it’s the most important thing… but we also believe, and are committed to fighting and advocating, in issues around the economy, around infrastructure for neighborhoods, and around public safety. These issues also matter to Latinos.”

“The success of this report, and the important discussions it motivates, demonstrates what can be achieved when universities, cities, and nonprofits join forces to effect positive social exchange,” Steimetz said. “The CSULB economics department looks forward to a lasting and productive collaboration with Centro CHA and the city of Long Beach.”

The California Department of Social Services sponsored the project.