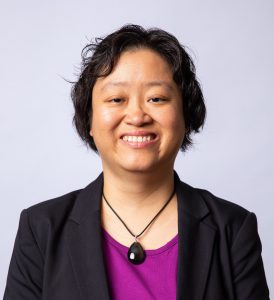 Her current multi-site interview project examines the transnational family experiences of adult former “parachute kids” from Taiwan who immigrated to the U.S./Canada alone for educational purposes during middle to high school years. As parents often stay in the home country to continue their employment or family obligations, minor-aged “parachute kids” are left on their own, with relatives, or in boarding houses with a stranger acting as their legal guardian. In conducting intensive interviews with former “parachute kids” who are now adults living in the U.S. or Taiwan, this study examines how they describe growing up in a foreign country without their parents, the ways in which they negotiate racial/ethnic and gender identities and inequities in a transnational context, and how transnational living arrangements affect their relationships with their aging parents and other family members. This study also explores the return migration experiences of adult former “parachute kids”: what prompted their return to their homeland, how they cope with the dramatic changes they face living and working in Taiwan, what impacts their U.S. education and experiences have on their relationship with their parents and their interaction with employers and coworkers in Taiwan, and how they maintain ties to their social networks in the U.S.