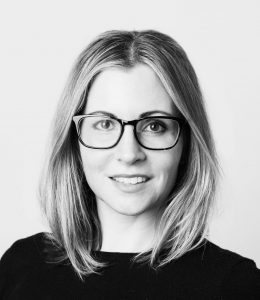 Emily Berquist Soule, Ph.D. is a Professor of History who specializes in the Spanish Atlantic world, the early modern Spanish empire, and colonial Latin America. She is at work on her second monograph, The Atlantic Slave Trade and the Rise and Fall of the Spanish Empire (under contract, Yale University Press). The book places slavery at the center of the creation and the unraveling of the early modern Spanish Atlantic Empire, ca. 1400-1900. In so doing, it will shift our understanding of the Atlantic slave trade at large, positioning Spain and its empire as central to both the purchase of slaves and the global operations of the slave trade. Research for this project has been funded by a fellowship from the National Endowment for the Humanities (2015-2016), a Fletcher B. Jones fellowship from the Huntington Library (2019-2010), and an Internal Research Award from the Office of Research and Sponsored Programs at California State University, Long Beach (2017-2018), as well as smaller awards from various agencies, including the American Council of Learned Societies (2019), the American Philosophical Society (2018), the American Historical Association (2018), and the Clark Library/American Society for Eighteenth Century Studies (2018). Related articles have already appeared in Atlantic Studies and Slavery & Abolition, and in the 2020 essay collection From the Galleons to the Highlands: Slave Trade Routes in the Spanish Americas, among others.

Her first book, The Bishop’s Utopia: Envisioning Improvement in Colonial Peru, was published in 2014 by the University of Pennsylvania Press. For her next major monograph, she is planning a study of the uneasily close relationship between slaveholders in Cuba and the United States in the nineteenth century, with a special focus on the extraordinary but largely overlooked negotiations to annex Cuba to the U.S. as another slave state.

With a previous career in magazine journalism, Berquist Soule continues to write for popular publications. Presently, she is part of a writing team with two medical doctors. Their most recent collaboration, an expose of mid-century Hollywood drug culture, as seen through the life and death of Marilyn Monroe was the cover story of the July 2018 issue of American History magazine. In 2013, she appeared as a historical expert on the Travel Channel historical artifact hunting show “Dig Fellas,” and she is presently at work on a treatment for a documentary television show as well as a screenplay for a historical drama.