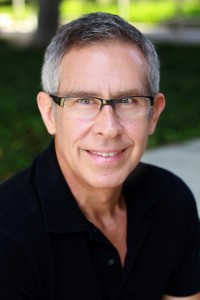 Born and raised in Palo Alto, California, I received my BA from UC Santa Barbara, where I was a college journalist and worked in community radio. I went to graduate school at Rutgers University and received a Ph.D. in United States History. I have taught at Princeton University and Purchase College, a branch of the State University of New York. In 2008, I moved to CSULB, where I am now Professor of History and American Studies.

I am a specialist in U.S. cultural and intellectual history. My fields of expertise include mass media and the popular culture industries, American intellectual life, and modern U.S. political culture. I have written books on the origins of celebrity in the U.S. and Elvis Presley and articles and review-essays on a variety of subjects. My forthcoming book, a history of television news in the U.S., will be published by the University of Chicago Press.

“The Man Nobody Knows: Charles A. Lindbergh and the Culture of Celebrity,” in Dominick A. Pisano, ed. The Airplane in American Culture. Ann Arbor: University of Michigan Press, 2003: 75-104.