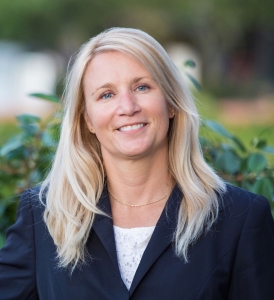 Dr. Madeleine Liseblad is an assistant professor of journalism. Prior to CSULB, she taught at Middle Tennessee State and Arizona State. While at ASU, she received a Teaching Excellence Award, a Continuing Excellence in Teaching Award, and an Outstanding Research Award. She has stayed involved at ASU’s Cronkite School and is a member of the Dean’s Advisory Council on Diversity, Equity and Inclusion.

Prior to academia, Liseblad worked in public relations. Her positions included being a corporate spokesperson for Volvo Cars at its world headquarters in Sweden and a media events manager for Volvo Cars of North America. Before her PR career, Liseblad was a journalist. She has worked in television and radio, in addition to newspapers, magazines and online media. She is originally from Sweden and has professional media experience from Europe and the U.S.

Liseblad is the current vice chair for the Association for Education in Journalism and Mass Communication’s History Division and she is on the U.S. Department of State’s Fulbright Specialist Roster. She conducts mainly historical and qualitative research and is the author of the book American Consultants and the Marketization of Television News in the United Kingdom (New York: Peter Lang, 2020).