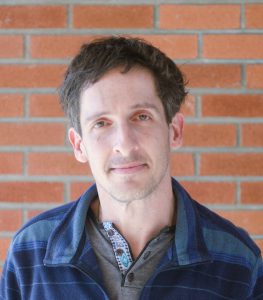 Dr. Danny Paskin is a (full) tenured professor at CSULB.  His teaching, as well as research, focuses on new and social media, the influence of technology in mass communication (including in public relations), and on graphic design.  He has published extensively in leading journals and has organized and co-headed several conferences and seminars focusing on his areas of study.  He has chaired a number of committees on campus, with a special focus on curriculum, and currently serves as the CSULB General Education coordinator as well as chair of the University’s Curriculum and Educational Policies Council.  He’s also a member of the University’s Academic Senate.

Professionally, Paskin was with the Miami Herald as a graphics specialist, creating maps, charts, illustrations and working on other special projects. While there, he was awarded three international Society for News Design awards for his participation in the coverage of the 2006 FIFA World Cup. Later, he worked at the News-Press in Fort Myers, Florida, as a page designer/copy editor, laying out pages for various sections of the daily paper, including, for example, business, sports and local.

Paskin was born and raised in Rio de Janeiro, Brazil, where he earned an associate’s degree in data processing and a bachelor’s degree in communication, focusing on journalism. He was awarded his master’s in journalism and his Ph.D. in international relations at the University of Miami. His dissertation compared the coverage of international news in the United States and Brazil.