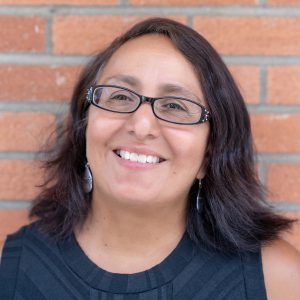 Teresa Puente has spent her career reporting on immigration and Latino issues in the U.S. and has also reported extensively from Mexico. Previously, she was a staff reporter at the Chicago Tribune and was on the editorial board at the Chicago Sun-Times. Early in her career, she worked as a reporter for the Press-Telegram in Long Beach and The Orange County Register. Her recent journalistic work has been published in TIME, The Guardian, The Daily Beast, The Hill, The Miami Herald, Fox News Latino, Latino magazine, and In These Times.

Puente holds an MFA in creative writing from Columbia College Chicago and a bachelor’s degree with a double major in journalism and political science from Indiana University-Bloomington. Before returning to Long Beach, she taught journalism for 10 years at Columbia College Chicago. She was also a visiting assistant professor in the Graduate School of Journalism at Columbia University and taught journalism and communications at the Tecnológico de Monterrey campus in Guadalajara, Mexico.