In this course, we will be exploring a wide range of issues in contemporary biomedical ethics. Topics discussed in the course include ethical issues concerning the professional-patient relationship, human and animal research, physician-assisted suicide, abortion and embryonic stem cell research, and social justice and health-care policy. The primary goal in the course is to introduce students to various ethical issues in the biomedical sciences, and equip them with the analytical tools necessary to appreciate the various positions and arguments. In the process, students will also gain an understanding of some of the historically prominent theories in normative ethics, e.g., virtue ethics, Kantian ethics, utilitarianism. The course should prove beneficial to those for whom this may be their only philosophy course, and it will provide a good background for those who wish to pursue further studies in philosophy.

Some open office hours for graduate advising will be held in the coming two weeks during the following times:
During these times, Prof. Wright will be in his office for graduate advising. Any new or continuing graduate students, as well as any prospective students interested in the MA program, are welcome to take advantage of the opportunity. So if you’d like an in-person meeting, or a phone or videochat appointment, please contact Prof. Wright at least one day in advance to make arrangements.

In this course, we will explore the major ethical issues confronting the practices of medicine and biomedical science. We will begin by considering contemporary theoretical approaches to addressing ethical dilemmas in medicine. From there, we will turn to the relationship between health care providers and patients. We will address issues concerning the relationship itself, confidentiality, truth telling, paternalism, autonomy, and informed consent. Finally, we will address particular ethical issues that arise from the decision to have a child through the decision to end a life. Issues include genetic engineering, abortion, experimentation on humans, justice in healthcare, allocation of scarce medical resources, decision-making for incompetent patients, and physician-assisted suicide.

Note also that PHIL403 satisfies GE requirement in both C2 and F subcategories.

Decisions—choices of what to do or believe from a set of alternatives—are a pervasive feature of our daily lives. Many decisions are quite mundane (e.g., what to eat for lunch), while others (e.g., whether to invest in an exciting but risky business venture) have the potential to alter the trajectory of one’s life. This course introduces students to formal techniques for making and evaluating decisions. A formal approach to decision-making is powerful, as it allows rules of good reasoning to be applied across whatever kinds of decisions one might face, no matter their specific content. Students will be exposed to concepts and methods from symbolic logic, probability theory, and game theory, in order to develop their skills in representing and analyzing decisions. While we will be interested primarily in normative issues (having to do with how one ought to reason), we will also take note of empirical findings regarding how human beings tend to actually make decisions. The course is aimed at equipping students with tools they can use to improve the decisions they make and to avoid common errors of reasoning. Thus the emphasis is on becoming able to apply what is learned in the course to real-world problems, rather than simply gaining a certain facility with performing ‘cookbook’ calculations. No advanced mathematical background is required.

Note also that PHIL370 satisfies the GE requirement for upper-division category B. Additionally, PHIL370 can satisfy the M&E distribution for Philosophy majors, and can also be used for the Philosophy minor.

This course aims to illuminate not only the commonalities but also the significant differences in the approaches and views of the main representatives of the tradition labeled ‘British Empiricism’: John Locke, George Berkeley, and David Hume. Thus, in addition to seeing how they understand the view that sense experience is the ultimate source of our concepts and knowledge, we will explore the differences in their aims and projects as well as their positions on various metaphysical and moral issues. The latter will include some of the following topics: the nature of the human mind, personal identity, divine and human agency, causation, arguments for and against the existence of God, and the foundations of morality.

PHIL381 is an introduction to core issues in general philosophy of science. These include the distinction between science and pseudoscience, experimentation, models and modeling, the varieties of scientific reasoning, the problems of induction and confirmation theory, scientific laws, and conceptions of scientific explanation. A range of philosophical positions will be considered, including naturalism, empiricism, and scientific realism. The course will focus on a range of subdisciplines rather than any particular one. Participants need not have a background in science, but are encouraged to bring to the discussion material from sciences that they are familiar with if so. Having completed the course, students will have an appreciation for the central issues in philosophy of science, will be better prepared to critically assess reasoning in scientific texts, and will have developed both their skills in writing and analysis and their abilities to articulate and evaluate arguments.

In PHIL306, our primary goal will be to understand the basic concepts and ideas of the major schools of Chinese and Japanese thought, including Confucianism, Daoism, and Buddhism. To do so, we will study the schools chronologically, contrasting them with one another and studying the arguments for and against each of the various positions that they occupy. Throughout, we will aim to bring these (sometimes quite ancient) ideas into contact with contemporary life, seeing how philosophers of ancient China and Japan continue to have relevance today.
Satisfies GE areas: C2b, Global Issues

Kyle Waterbury-Drake passed away on September 27th, 2018 from metastatic melanoma. He began studying in the MA program in Philosophy here at Cal State Long Beach in the Fall semester of 2015. Before that he studied at Humboldt State University and Allan Hancock College in Santa Maria. Kyle was admired by all who knew him at CSULB. He was quiet, gentle, smart, kind, and an extraordinarily original thinker. We are deeply saddened by his loss. 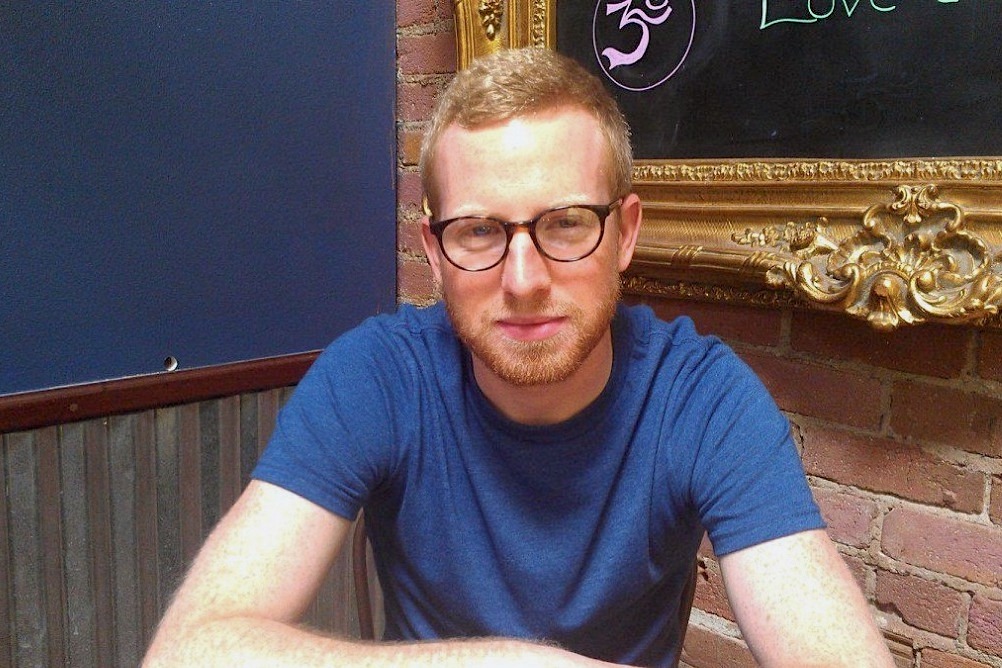 Over the last few years Kyle worked on a project on what he called metaphilosophy. He was interested in the way in which the discipline of philosophy is distorted by its institutionalization, and thought that such issues are important to inquire about if we understand philosophy as having uses, as playing a role in the community, and as having aims in philosophical education. He put it this way:

‘What is it that we seek to cultivate with our course objectives and degree programs […]? Are we preparing students as well as we can to critically, charitably, and ethically engage themselves and their communities? What impact does the professorial condition have on both the individual philosopher, the philosophical community, and our community at large? In sum: Are the practices of philosophy in the twenty-first century responsible?‘

It is in this final question that we can see that Kyle was not interested in a merely educational question. Rather, he believed that there are ethical obligations of philosophical thought, practice, and education, and those obligations could be met or abdicated. In particular, the ethical obligations of the philosopher include virtuous and wise character formation—not just for the philosopher herself, but also for her students, and those in her community. When the philosophy professor instead follows the path of the natural sciences, and regards her job as one of technical knowledge production, then her pursuit of this distorts her ability to cultivate philosophy as the living of a good life, and to the care and health of our communities.

Kyle defended what he called a synthetic scalar antiessentialism about philosophy. On each end of the scale, he described philosophy as an existential project (in the sense defended by Rorty, Kitcher, and Sartre). One end of this scale practices philosophy as the art of living, which he conceived of as ‘the project of skillfully coping (i.e., flourishing) with life and life problems’. On the other end of the scale, it is conceived of as critical theoretic philosophy, which is ‘the project of knowing one’s way around the cosmos’. Kyle argued that critical theoretic philosophy is what dominates philosophy-as-taught-in-the-university today, to our detriment. Philosophy as the art of living is that which you find in philosophical traditions throughout history, including Plato’s examined life, in Buddhism, in what he calls the medical model of philosophizing in Hellenistic and Roman philosophy, Fourth Way Mysticism, Existentialism, and in Foucault.

The obligation to take this task of philosophy seriously is enormously important. This practice or use of philosophy is, as he put it, ‘a kind of reservoir of wisdom. This reservoir of passed down teachings and practices is like an accumulated immune system for individuals and society at large, who may be undergoing crisis’.

This is part of how he thought of what it meant to be a philosopher, and what he called philosophical lifework. He wrote,

Kyle was a wonderful person, a curious philosopher, and a creative mind. He thought that caring for others was not only his personal commitment but his philosophical commitment as well, writing,

wisdom occurs in organisms—individuals, institutions, communities, and societies at large are organisms […] All organisms are subject to sickness and health, and philosophers are those beings who have the special capacity to influence the health of social organisms.

He understood that we find wisdom in living our lives well and in helping others do the same. He will be missed.

Kyle is survived by his parents, Trish and Steve Waterbury, his younger brother, Garrett, and his wife, Leanne. If you would like to support a scholarship fund in philosophy and poetry at Allan Hancock College, please visit here.