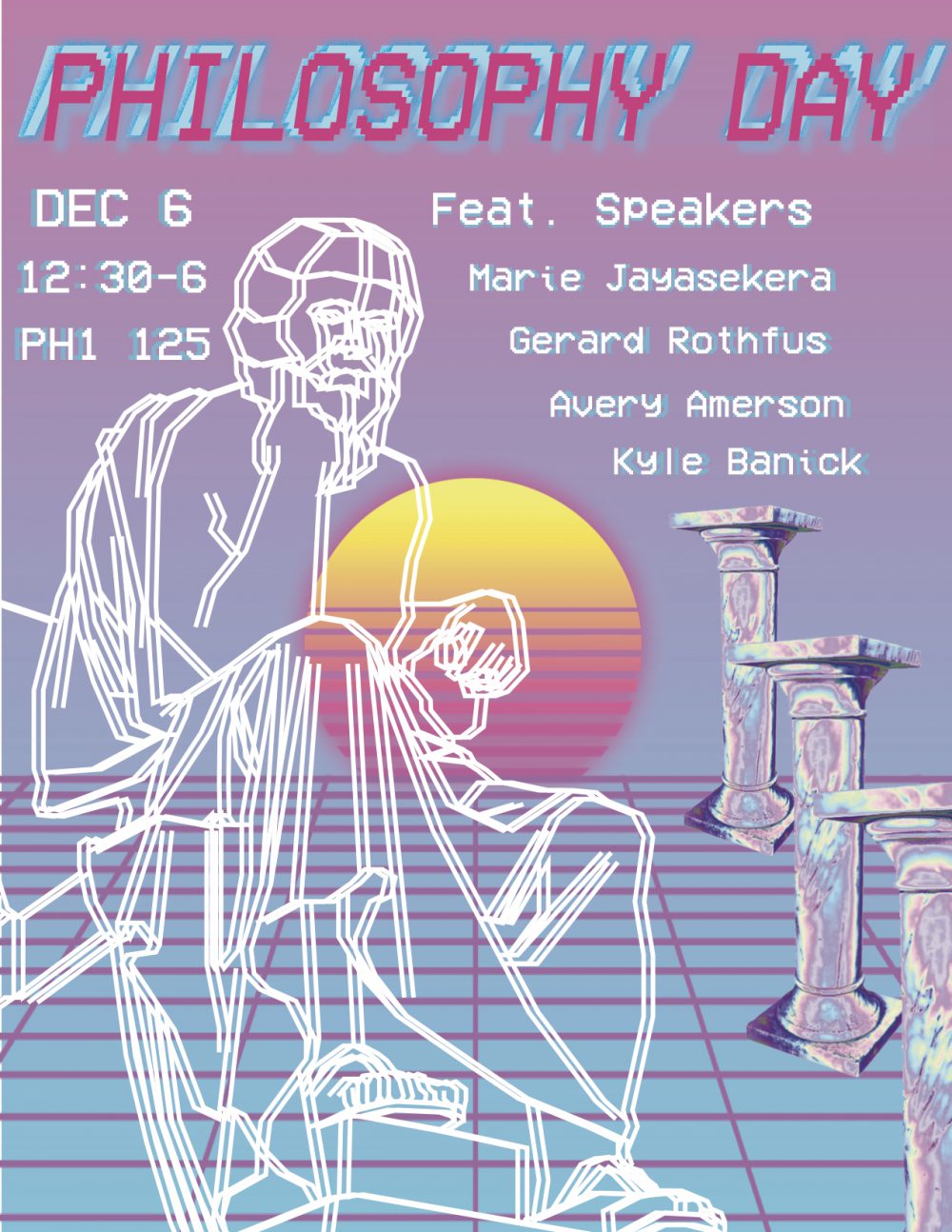 The Department of Philosophy will hold its biannual Philosophy Day! symposium on Friday December 6th from 12:30pm–5:30pm, with a group dinner to follow. Talks will be held in PH1–125. [For information, contact organizer Christa Johnson & Nellie Wieland.]
This semester will also feature something novel: a poster session, in which students will present some of their research ideas from their proseminar on the topic of animal cognition. Poster sessions, along with refreshments, will be held between talks in the adjacent room, PH1–127. Please join us!

Marie Jayasekera (Cal State Long Beach)
‘Descartes on the will’ 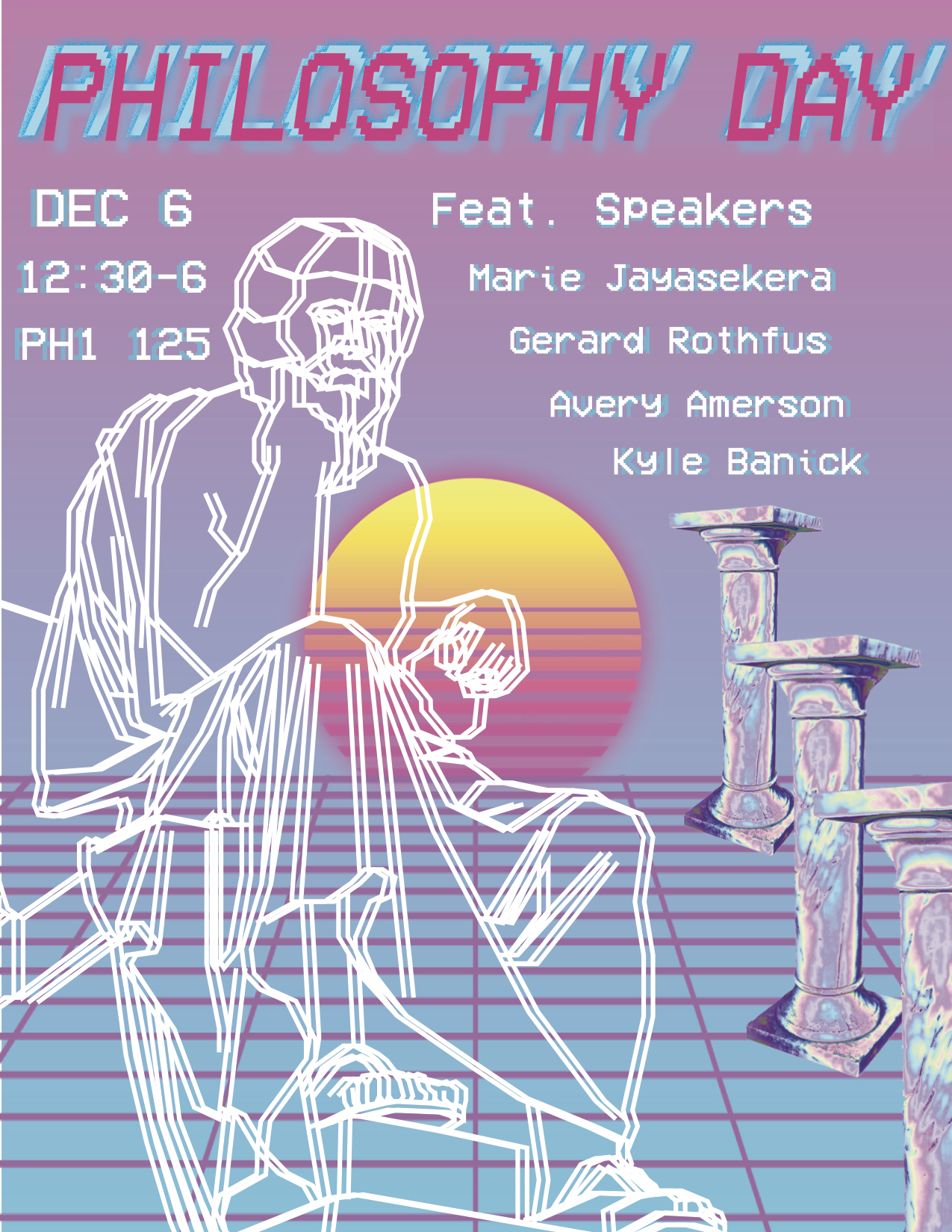