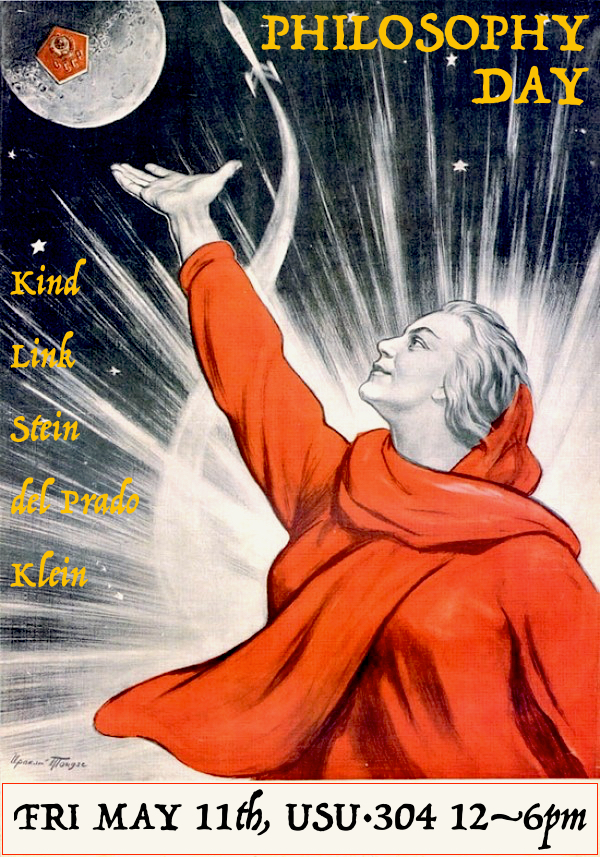 Come join us at the eighth Philosophy Day Symposium at Cal State Long Beach, as we celebrate our students and the end of the academic year.
There’s another great line-up of speakers for our SP18 event, leading off with Keynote speaker Amy Kind. The event will take place this coming Friday May 11th 2018, from 12:00–5:45, in USU–304 (3rd floor of Student Union).