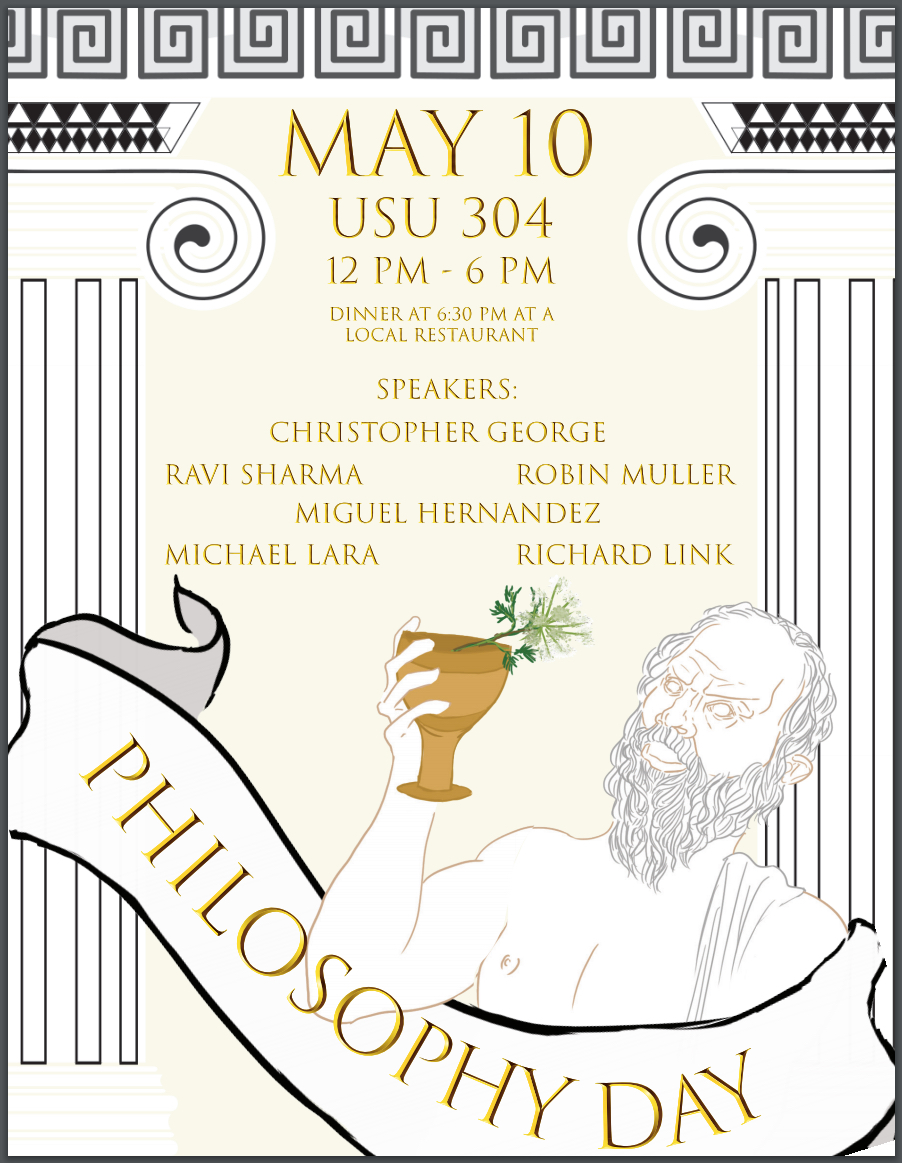 Come join us at our SP19 Philosophy Day Symposium at Cal State Long Beach, as we celebrate our students and the end of the academic year. Philosophy Day will occur on Friday May 10th, from 12:00pm–6:00pm, in USU–304 (i.e., in the Hermosa Beach Room on the 3rd floor of Student Union).

This year, our SP19 event will have two keynote speakers, along with our Honors Showcase and graduate student research presentations. Prof. Ravi Sharma—an old friend of the CSULB Philosophy Department—will kick off the event at noon, and Prof. Robin Muller will cap off the symposium with a presentation beginning at 4:30pm.