This archival website
is dedicated to the memory of the
Horkheimer Brothers,
Herbert Morris Horkheimer and Elwood David Horkheimer,
and of all who worked so loyally at Balboa Studios.
These talented pioneers of silent movies gave
Long Beach and the world an unforgettable legacy.
Jean-Jacques Jura 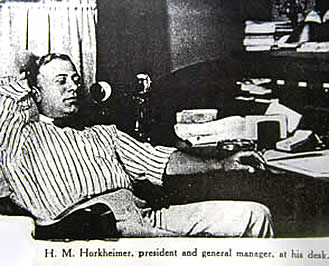 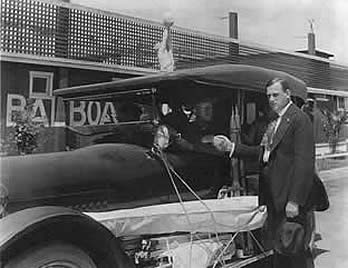 H. M. Horkheimer to the left and his brother, Elwood D. Horkheimer, Balboa’s treasurer and secretary.

Between 1913 and 1918, Balboa soared as the most productive independent studio in the world, and its enormous success in studio management, along with its innovations in photography, publicity, and world-wide distribution, contributed significantly to California’s eventual supremacy as the film capital of the world.

Balboa produced such silent hits as St. Elmo, and a good number of popular serials, such as The Red Circle and the Little Mary Sunshine series with child star, Baby Marie, the socially-conscious and daring serial Who Pays?, starring Ruth Roland and Henry King, followed by the serial The Neglected Wife, and Paramount’s first serial ever released, Who Is ‘Number One’?, starring Kathleen Clifford,

The Unfinished Story of Balboa 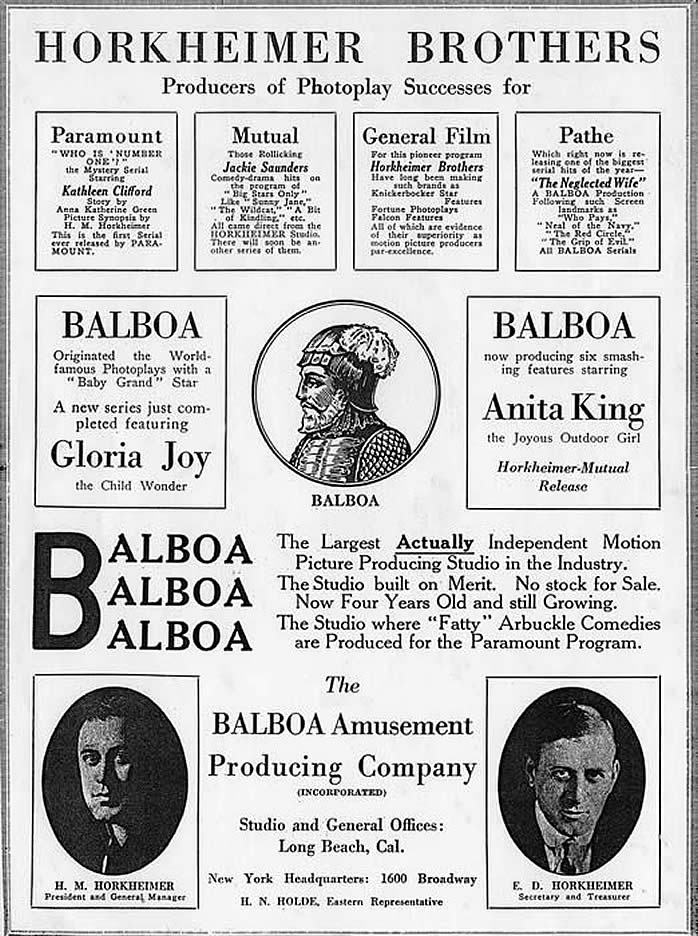