Balboa Films: A History and Filmography of the Silent Film Studio:

“The story of Balboa chronicles not only part of the untold story of Movieland but also that of the city of Long Beach. Above all, if motion pictures of the world represent the greatest chroniclers and storytellers of our century, movies help mark our development as a people on the move. We who love movies are all indebted to our predecessors in cinema. The Magic Lantern can instruct, amuse and keep us spellbound. In the universal language of pictures, the movies gather the congregation in a darkened hall to celebrate a poignant service, a flickering testimonial to the dynamic facets of our human condition. The magic of these “living” pictures, though fragile in their chemical composition, has the power to transport us across spatio-temporal barriers and beyond the usual dimensions of the performing arts on stage. As an art form, the Magic Lantern projects a wonderfully mnemonic quality, casting remembrances against the screen, something like a phenomenal memory bank on display, for all to explore at the same time, bringing us in the hall to view them together, though we might never agree on what we saw in those same pictures” (3). 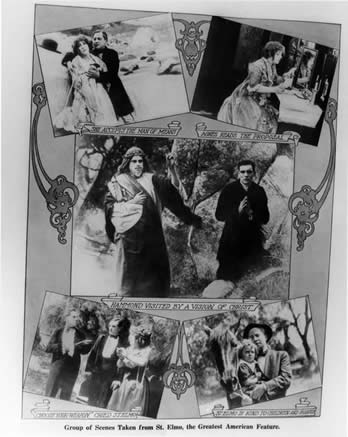 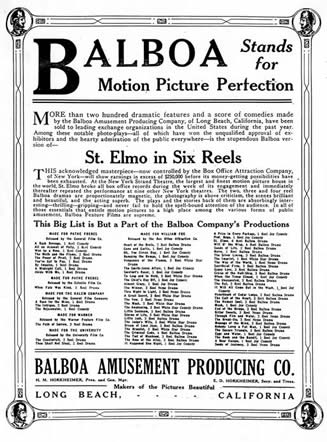 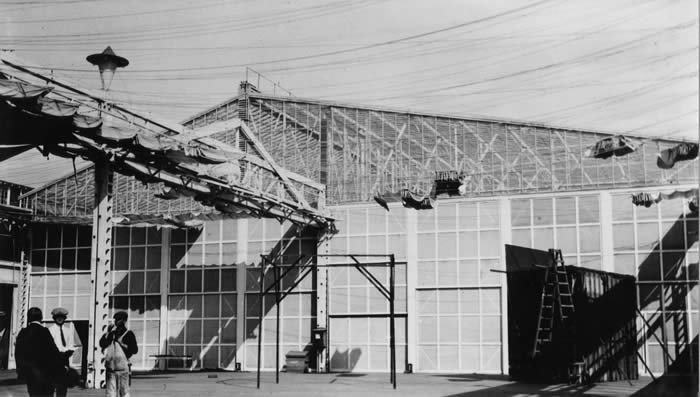 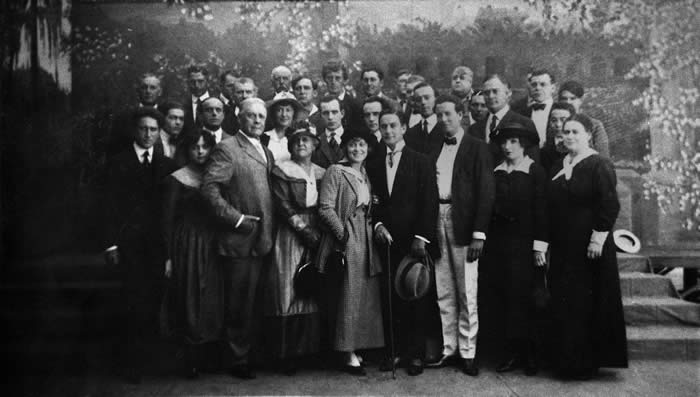 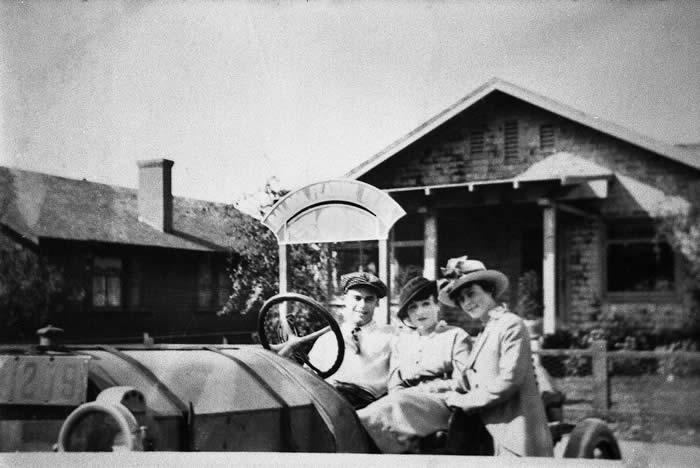 More studio folk, including in the middle Myrtle Reeves, future wife of Oliver Hardy of Oliver and Hardy fame, in front of Balboa office buildings (courtesy of Marie Osborne).