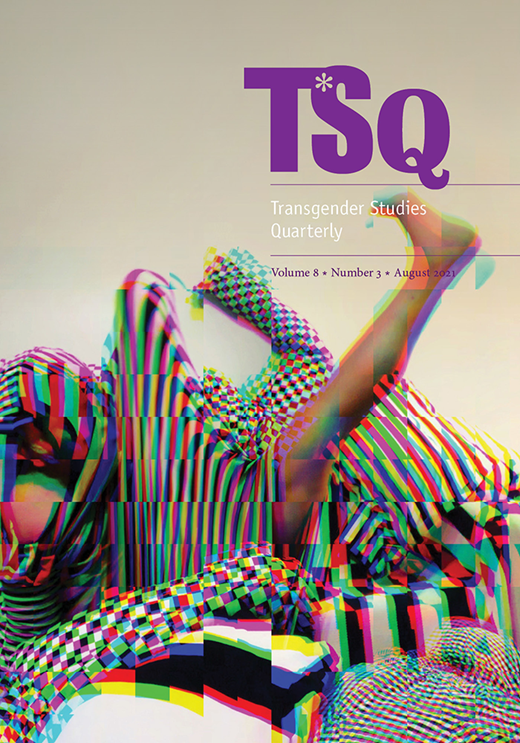 Congratulations on this important work!

Because we live in a cisnormative society, trans inclusion is often filtered through cis subjectivities, allowing real or potential allies to “make sense” of transness without decentering their own experiences. This article investigates these dynamics through analysis of “trans aesthetics”—the symbols, language, and cultural meanings stereotypically associated with transness—when used by cisgender queer college students to signal trans-inclusive investments and forge solidarity with trans peers. This study examines three deployments of trans aesthetics: 1) using queer to signal trans-inclusive identities and community, 2) routinizing pronoun introductions, and 3) formulating “similes of oppression” that link trans and cisgender queer people’s experiences of heterosexism. While potentiating opportunities for trans solidarity and inclusion, these practices simultaneously reinscribe cisnormative understandings and articulations of gender by empowering cisgender students to filter transness through their own lenses, and to construct hybrid cis subjectivities in the process. Ultimately, this research extends trans and critical allyship studies through empirical analysis of how cisnormativity infuses ostensibly trans-inclusive discourses.

Dr. Sabrina Alimahomed-Wilson’s research on Muslims and Islamophobia was recently featured in the LA Times: “Muslim youth in America: A generation shadowed by the aftermath of 9/11“ 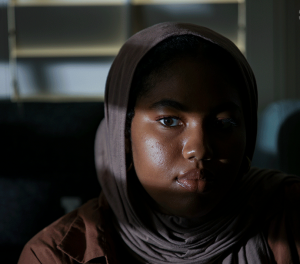 Please check out this video honoring our graduates and departmental awardees. We are so happy to congratulate you all on this amazing achievement. Good luck and keep in touch! (Produced by VikVid.com)

The Department of Sociology congratulates sociology senior, Lilia Martinez for her outstanding leadership, scholarship and activism in the areas of labor and social justice. Lilia has been an intern with the Los Angeles County Federation of Labor since Fall 2020 and is currently a scholar in the Ronald E. McNair Post-baccalaureate Achievement Program. Most recently, Lilia joined UC Berkeley’s prestigious “Labor Summer Internship Program” as a researcher and organizing intern.

We asked Lilia to describe her motivation to research and organize for labor, workers’ rights, and social justice. 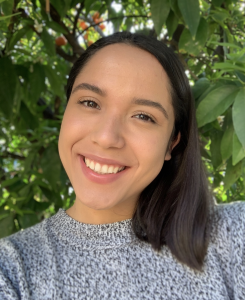 Lilia: “I will soon be graduating with a bachelor of arts degree in Sociology in the Fall class of 2021…I am a proud Latina from the heart of East Los Angeles, a daughter of immigrants, and a passionate student activist, and Christian. Throughout every season of my life, I make it a paramount goal to give back to the community and to the next generation of students and individuals just like myself; and that is exactly why my work and research with the LA Fed and McNair Scholars program is so important and fulfilling to me. Moreover, my sociology professors at Cal State Long Beach, such as my mentor, Dr. Jake Wilson, have consistently provided me with the networks and connections I need to reach my goals and get accepted to the UC Berkeley Labor Summer program for example. These kinds of resources at Cal State Long Beach have not only enabled me to chase my own goals and aspirations, but they have given me a platform to do the same for my peers and communities. As a passionate advocate for community involvement, equitable representation, research, and labor rights, I recognize just how much work needs to be done. Thanks to Cal State Long Beach and the people I have met along the way, I am filled with hope and inspiration that we can work together to create a better future for all! As I look ahead, I am filled with excitement and look forward to participating in the McNair Scholars program and UC Berkeley’s Labor Summer internship so I can make the greatest positive impact possible for my community and others just like it!” 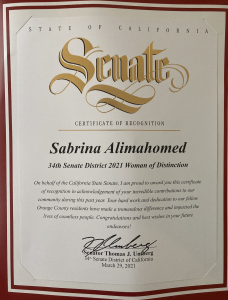 Dr. Osuna’s article published in the Journal of World-Systems Research

This article argues Mexico’s war on drugs was a tactic by elites in both the United States and Mexico to legitimate the Mexican neoliberal state’s political, economic, and ideological governance over Mexican society. Through tough on crime legislation and maintenance of free market policies, the war on drugs is a “morbid symptom” that obfuscates the crisis of global capitalism in the region. It is a way of managing a crisis of legitimacy of Mexico’s neoliberal state. Through arguments of Mexico as a potential “failed state” and a “narco-state,” the United States has played a leading role by investing in militarized policing in the drug war and securitization of Mexico’s borders to expand and maintain capitalist globalization. In the twenty-first century, the ideology of manifest destiny persists, but instead of westward expansion of the U.S. state, it serves as the maintenance and expansion of global capitalism.

Excerpt from the February 15, 2021 article “CSULB professors explore our nation’s history and its connection to today” by Emily Holland:

“The curriculum examines the policies that have led to racialized poverty (especially concentrated urban poverty) and the policies enacted either to assist or to manage and discipline poor people,” Woodward said. “In all of these cases, anti-Black racism has been a driving force.”

The course explores the history of housing policies, which initially excluded many people of color from being able to buy homes, the government’s “pivotal role” in the creation of poor urban neighborhoods, and the racist history of welfare programs, including early New Deal programs that systematically excluded people working in certain industries, such as agriculture and domestic work, where the vast majority of African Americans worked at the time.

Once African Americans were granted access to welfare programs, they were blamed by politicians and the media for their poverty and painted as lazy and/or fraudulent “welfare queens,” “dead-beat fathers,” drug addicts and criminals, she said.

It is important to include the histories of marginalized people because those stories make up the history of our country and the world, Woodward said.

“But even more important is that the history of racism has shaped our neighborhoods, schools, prisons, and policies, and these institutions in turn perpetuate inequality, benefitting some of us, and disadvantaging others,” she said.

Although students know that Black, American Indian and Latinx people are more likely to be poor than white and Asian people, as products of American schools and culture they often struggle to explain the high rates of poverty among African Americans.

“I aim to show students the ways poverty is constructed and shaped through policy, and the way policies have often furthered racial — and gender — inequality,” she said. “The good news is that policies can change — and that we get to play a role in making that happen. If the problem is certain policies and their legacies, then the solution is different policies.” 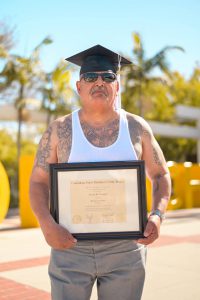 Joseph Valadez (’21) just graduated and is making waves. The 62 year old’s graduation pictures and social media posts detailing his journey through higher education and incarceration have inspired many others. For more, check out this news story.

We are proud of you, Joseph!

According to Professor Wilson: “The Amazonification of logistics has created a new group of highly exploited workers: delivery drivers. Amazon itself increasingly relies on an expanding netwo 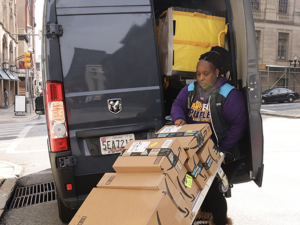 rk of subcontracted drivers and independent contractors to deliver packages to customers’ doors. The working conditions facing Amazon’s last-mile drivers are defined by a frantic pace, low wages, and relentless pressure to meet tight delivery deadlines. Workers of color and immigrants are overrepresented, as they are in all the lowest-paying segments of last-mile logistics.”

Read both articles featured in Labor Notes below:

Part 1: “Building its Own Delivery Network: Amazon puts the Squeeze on Drivers“

Part 2: “Surveillance, Stress, and No Bathrooms: Life as an Amazon Driver“ 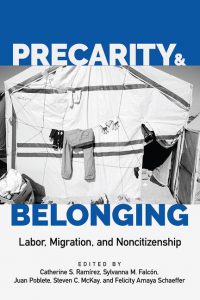 Assistant Professor, Dr. Claudia López, is excited to announce that the new edited volume, Precarity & Belonging: Labor, Migration and Noncitizenship is now available for advanced order from Rutgers University Press. The book is a culmination of the collective Mellon Foundation Sawyer Seminar grant/series held at the University of California, Santa Cruz 2016-17, and includes a chapter by Dr. López titled, “The Urban Exclusion of Internally Displaced Peasants in Medellín, Colombia.”

ebook and print copies available in June. Check it out: https://www.rutgersuniversitypress.org/precarity-and-belonging/9781978815629