Data Detectives under Duress: A Russian Journalist’s Journey to Digging Out Truth 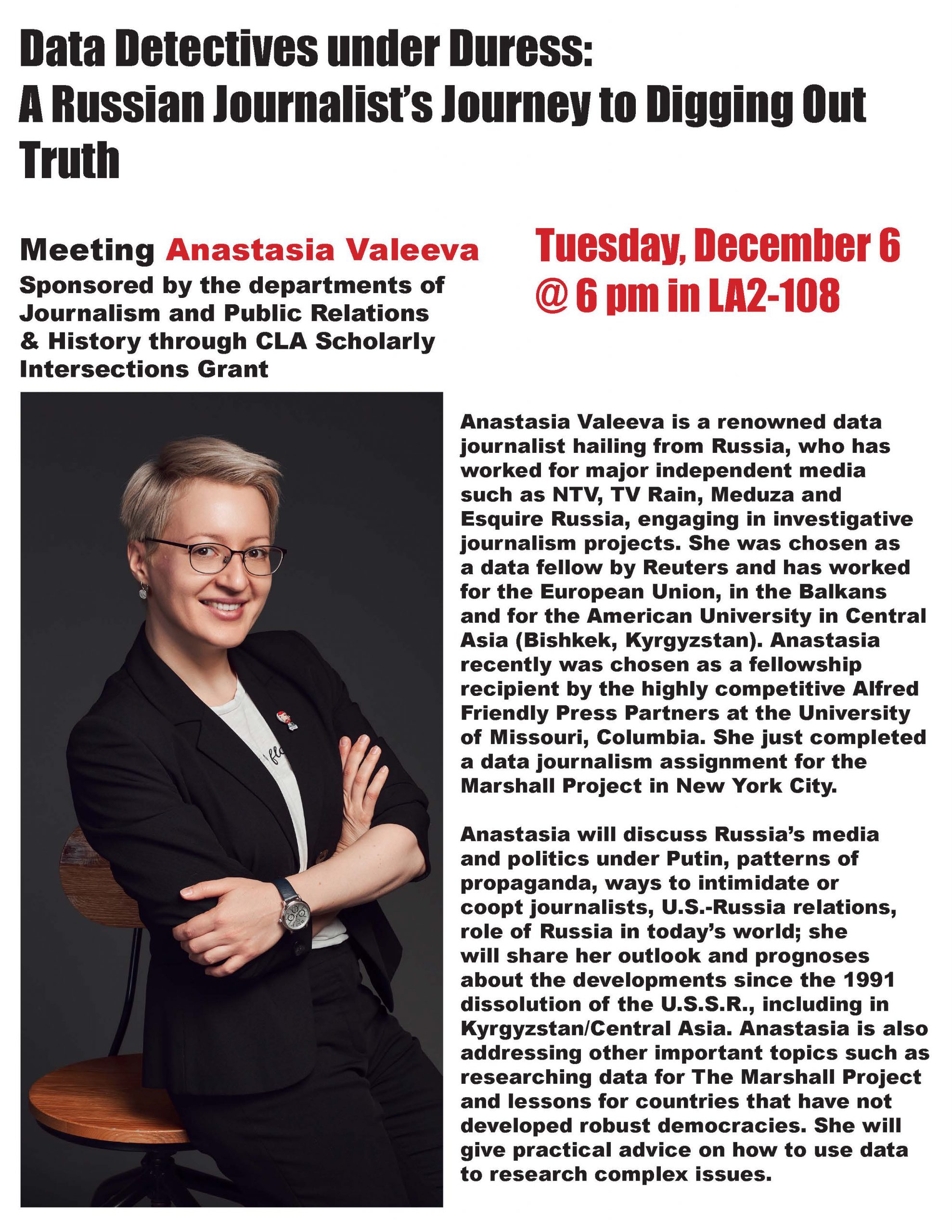 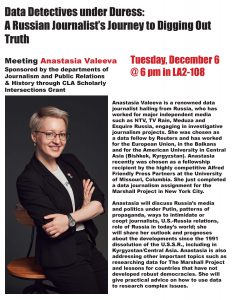 Anastasia Valeeva is a renowned data journalist hailing from Russia, who has worked for major independent media such as NTV, TV Rain, Meduza and Esquire Russia, engaging in investigative journalism projects. She was chosen as a data fellow by Reuters and has worked for the European Union, in the Balkans and for the American University in Central Asia (Bishkek, Kyrgyzstan). Anastasia recently was chosen as a fellowship recipient by the highly competitive Alfred Friendly Press Partners at the University of Missouri, Columbia. She just completed a data journalism assignment for the Marshall Project in New York City.

Anastasia will discuss Russia’s media and politics under Putin, patterns of propaganda, ways to intimidate or coopt journalists, U.S.-Russia relations, role of Russia in today’s world; she will share her outlook and prognoses about the developments since the 1991 dissolution of the U.S.S.R., including in Kyrgyzstan/Central Asia. Anastasia is also addressing other important topics such as researching data for The Marshall Project and lessons for countries that have not developed robust democracies. She will give practical advice on how to use data to research complex issues.