Feminist Contradictions: Stories from a Pakistani Campaign Against an Anti-Woman Law 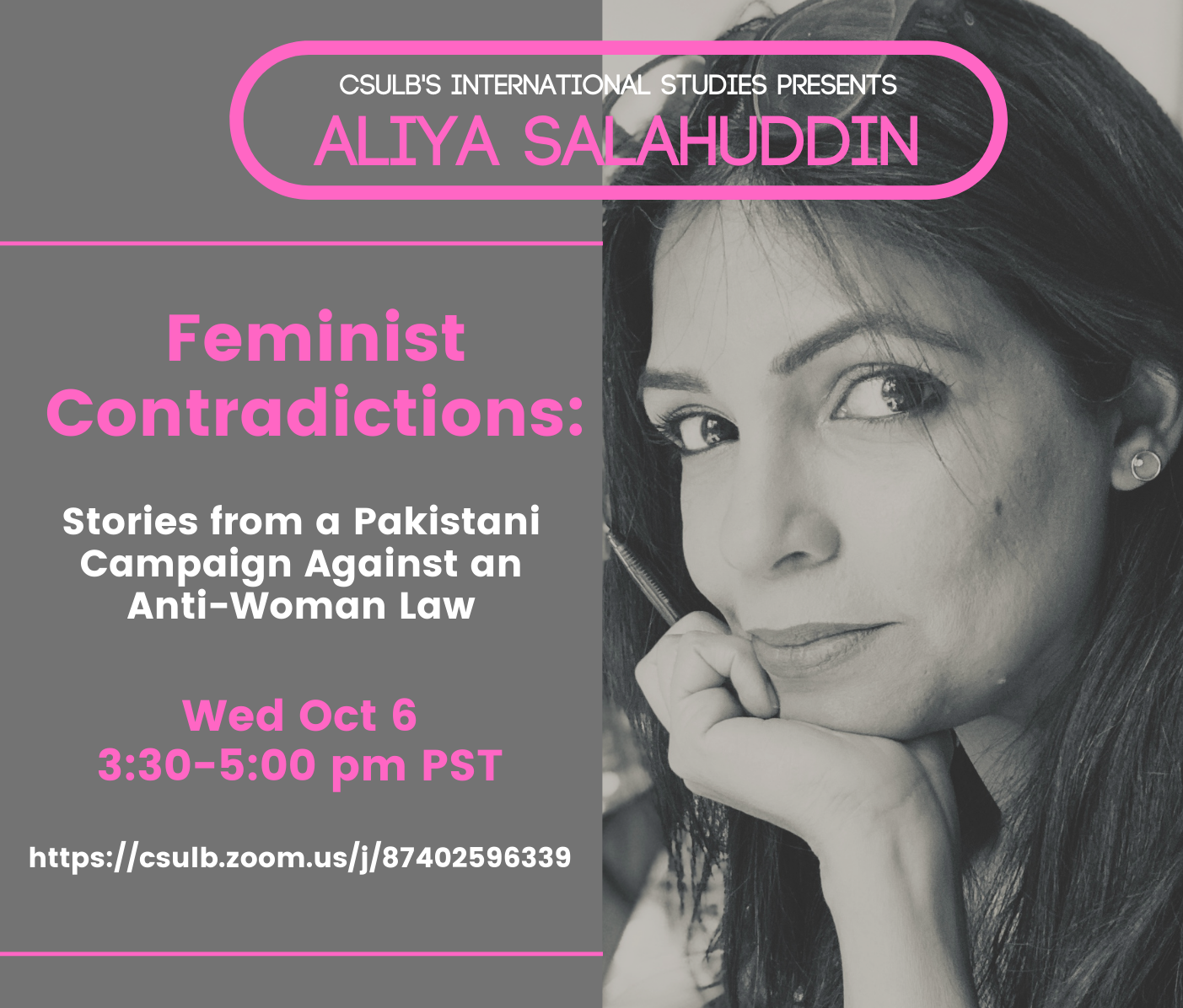 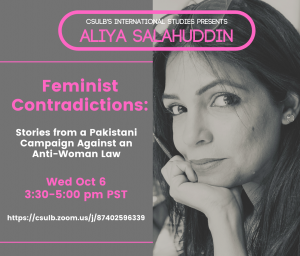 CSULB’s Global Feminisms Class invites you to a Zoom conversation with Pakistani journalist Aliya Salahuddin on Wednesday, October 6 from 3:30 to 5 p.m. PST. https://csulb.zoom.us/j/87402596339

Feminist Contradictions: Stories from a Pakistani Campaign Against an Anti-Woman Law

Salahuddin will share her reflections on a campaign she led to end Pakistan’s Zina Ordinance—a law that resulted in the jailing of rape victims, brides who married without their parents’ consent, and others.

While ostensibly the campaign was successful in amending the law, Salahuddin now questions the tactics used, her own role as the only woman on the team, the ignoring of other women’s rights activists, and ultimately the limitations of the amendments made to the law. Salahuddin will discuss what has changed for women in Pakistan since the campaign and what has not.