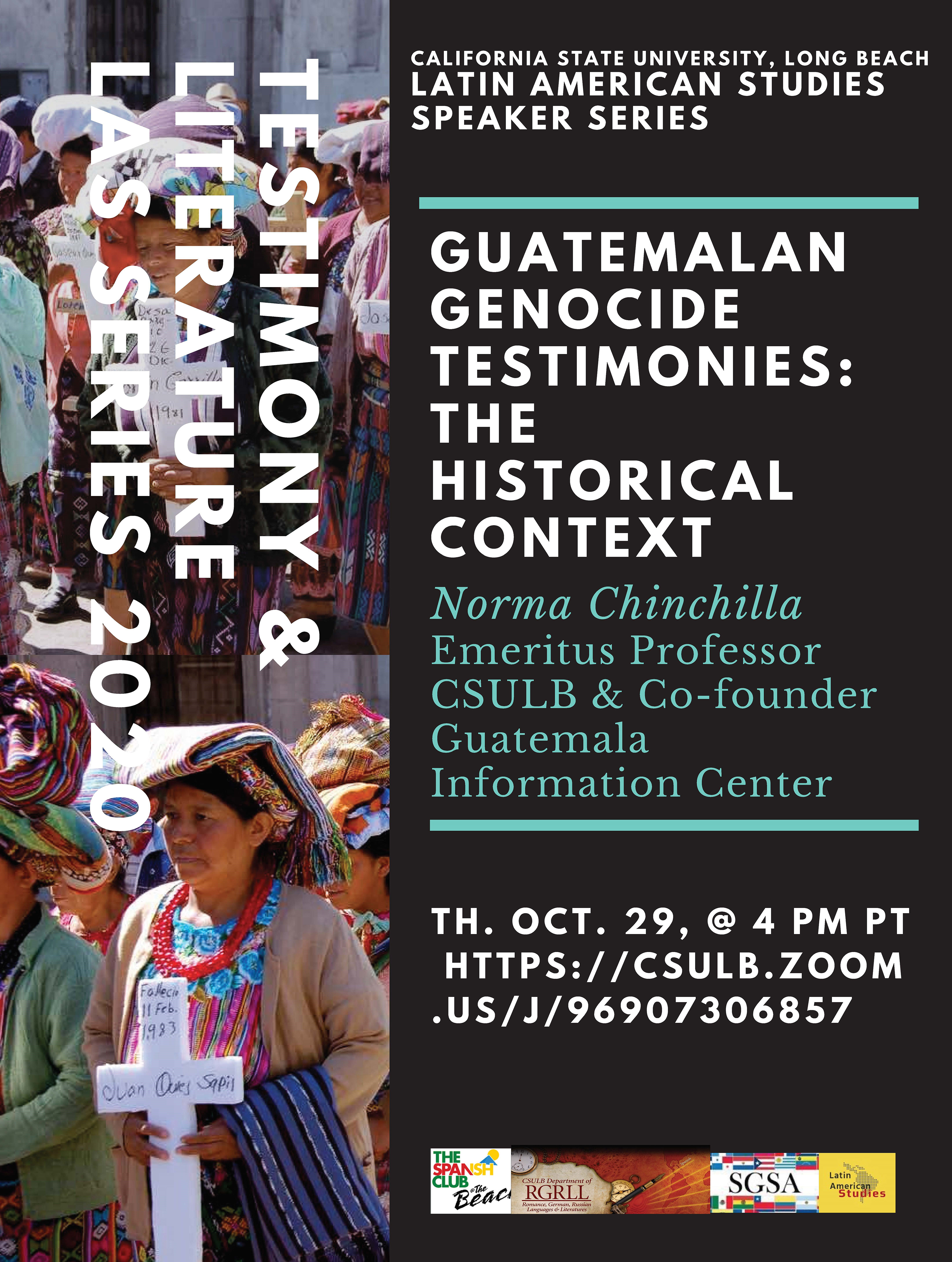 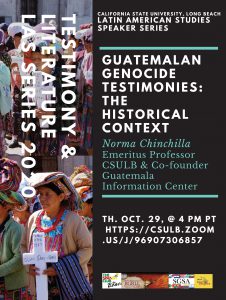 Lecture will be in English, free and open to the public

Dr. Norma Chinchilla will address the unique history of indigenous people of Guatemala in Central America and the legacy of colonial rule as the basis for the historical tensions between an indigenous majority and a ruling mestizo class. While indigenous culture is still very strong in Guatemala, and has experienced a revival since the peace accords put an end to the civil war, the testimonies of the Guatemalan genocide need to be understood in relation to Guatemalan history and social structure.

Norma Chinchilla is Professor Emeritus of the Departments of Sociology and Women’s Gender and Sexuality Studies at CSULB, was a co-founder of the Guatemala Information Center in Los Angeles in 1980. She participated with solidarity and immigrant rights groups from 1980-1987. During that time, she served as a translator for the Los Angeles portion of Rigoberta Menchu’s first trip to the United States to denounce indigenous people’s massacres in Guatemala in the early 1980s. She is co-author with George Black and Milton Jamail of the book Garrison Guatemala, New York: Monthly Review Press, published in 1984 and frequently serves as an expert witness on gender-based violence in asylum cases for Guatemalans.