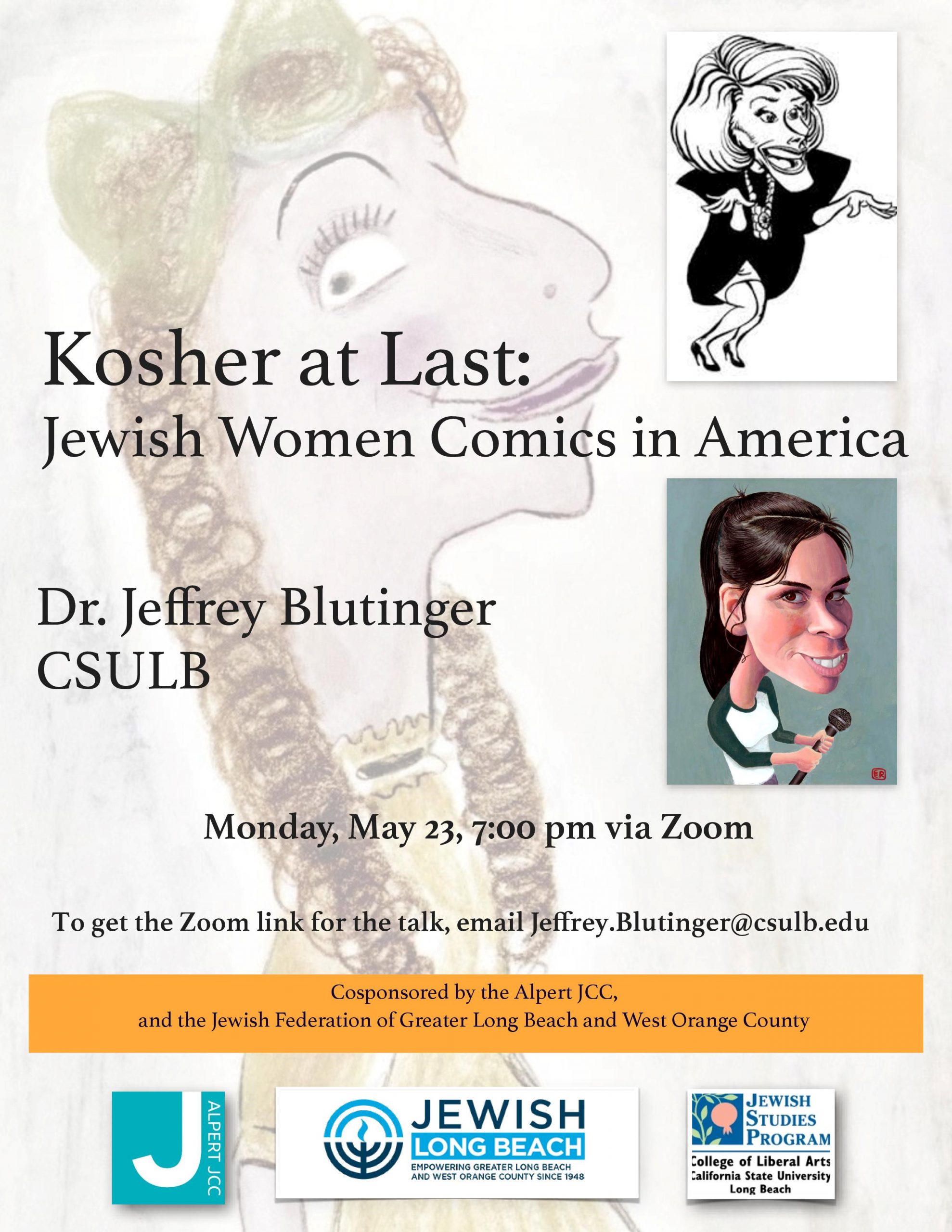 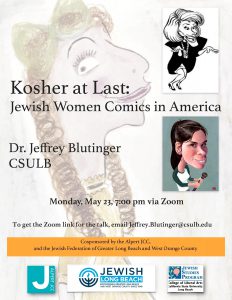 The CSULB Jewish Studies Program is delighted to sponsor a talk by, Dr. Jeffrey Blutinger, on Monday, May 23rd at 7:00 pm (over Zoom).

The earliest American Jewish women in comedy, people like Fanny Brice, Belle Barth, Sophie Tucker, and Pearl Williams, were referred to as “unkosher comediennes.”  In this talk, Dr. Blutinger will trace the struggles of Jewish women to perform as comics on stage. While Jewish women such as Barbra Streisand and Madeline Kahn shone on the silver screen, the situation was quite different for women who wanted to do stand up. Totie Fields and Joan Rivers paved the way for Jewish women to perform as comics on stage and on television.

The talk will be illustrated with a lot of jokes and clips of comic performances, so this should be both fun and enlightening.

Like all Jewish Studies talks, this event is free and open to the public.