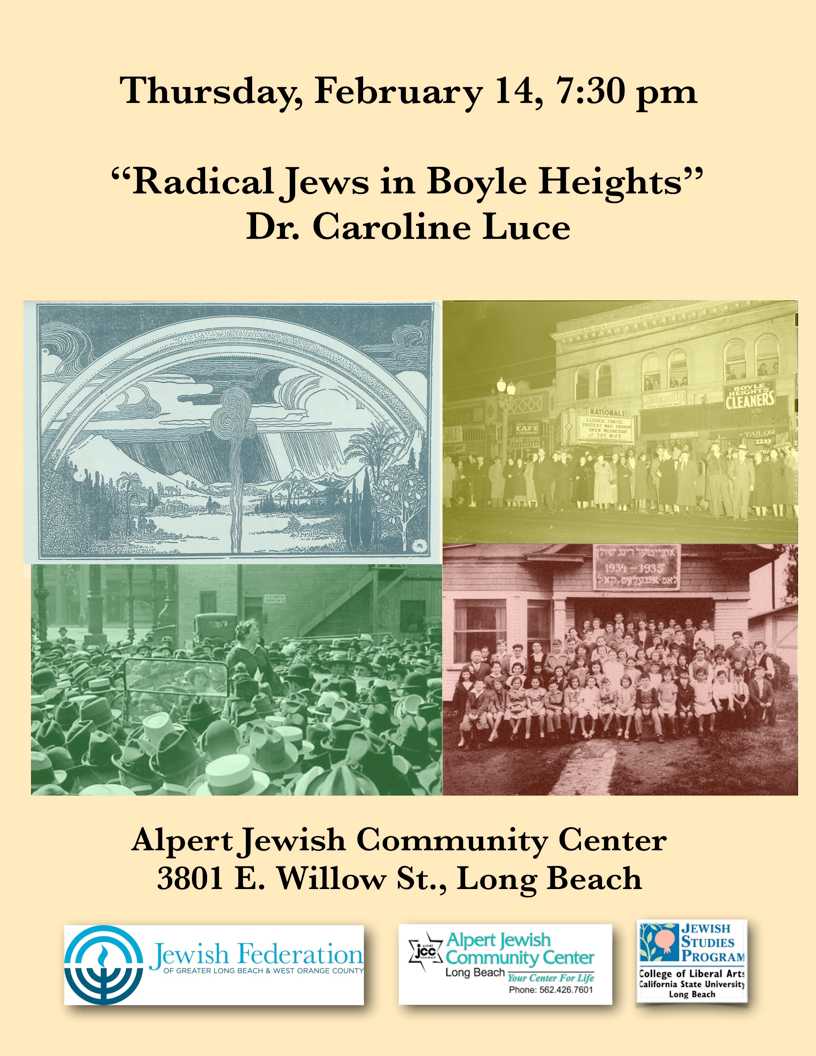 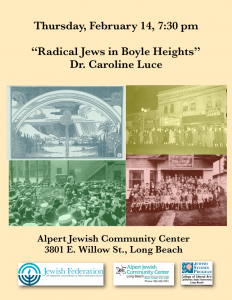 The CSULB Jewish Studies Program is very excited to welcome Dr. Caroline Luce to Long Beach.  She will speak on “Radical Jews in Boyle Heights” on Thursday, February 14th, at 7:30 pm, at the Alpert JCC (3801 E. Willow St.).

In the 1920s and ‘30s, one third of all the Jews in Los Angeles lived east of downtown in the working-class neighborhood of Boyle Heights.  Unlike much of Los Angeles, Boyle Heights was a multiethnic, multiracial community (a 1939 housing report described the neighborhood as “hopelessly heterogeneous with diverse and subversive racial elements on almost every single block”).  That diversity included not only Jews, but Mexicans, Japanese, Armenians, Italians, Russians, and African Americans.

For government officials, the subversive nature of Boyle Heights was not limited to being racially integrated, but also for its politics.  Labor organizers, socialists, communists, and anarchists all called the neighborhood their home.  In her talk, Dr. Luce will examine this forgotten radical history, one that shaped the Los Angeles Jewish community and continues in various forms to today.

Like all Jewish Studies talks, this event is free and open to the public; there is no need to reserve a space.  For more information on this talk or spring 2019 events, please email Jeffrey.Blutinger@csulb.edu