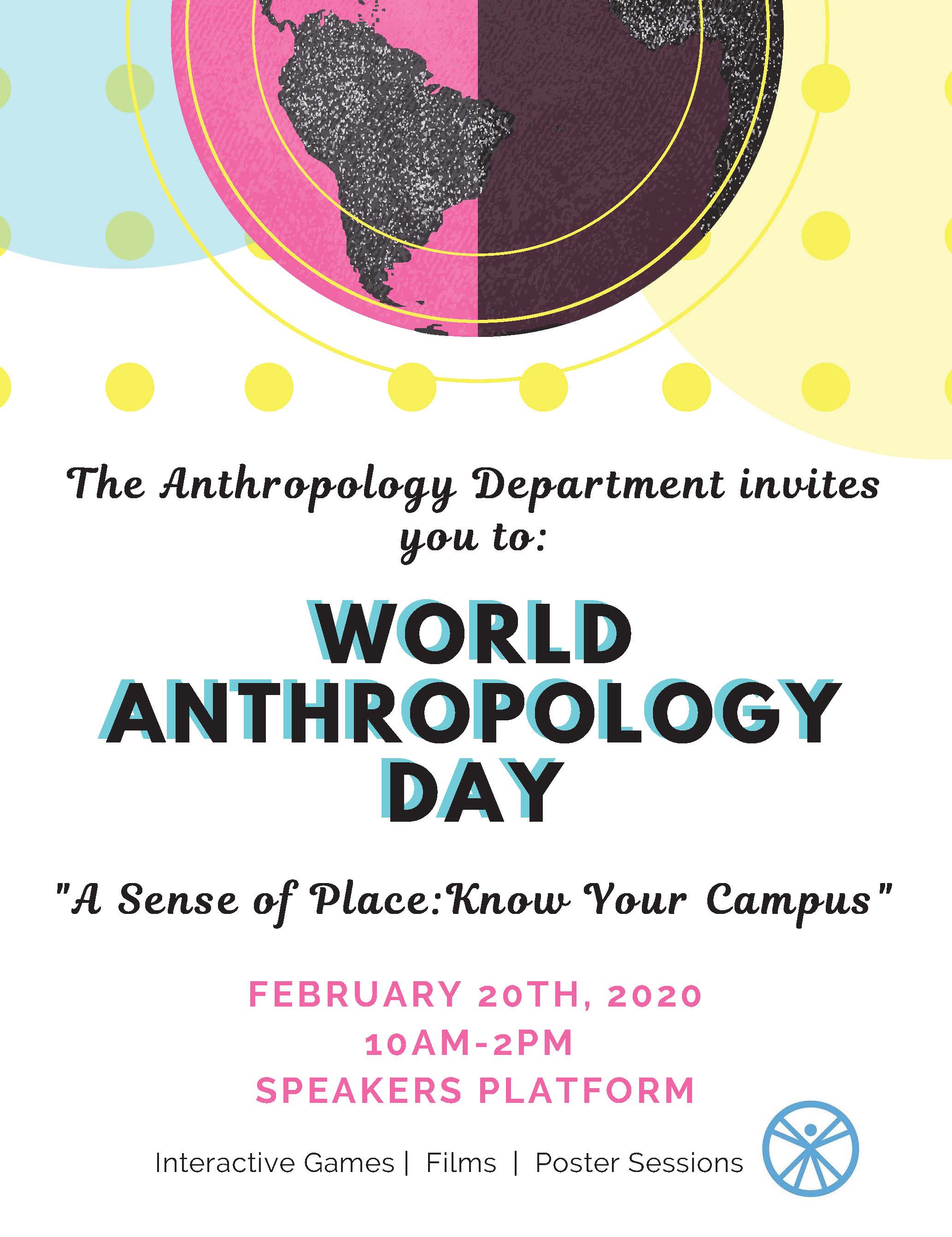 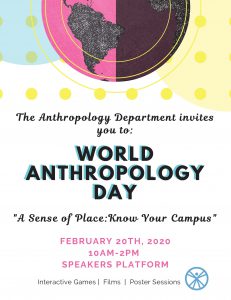 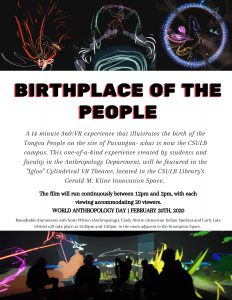 The Department of Anthropology cordially invites you to our annual World Anthropology Day event, which takes place next Thursday, February 20th, from 10am to 2pm at the Speaker’s Platform area, and the Library’s Innovation Space.  This year’s event will feature activities and exhibits centered on the theme “Senses of Place: Know Your Campus.”  Students and faculty from the Anthropology Department have created and curated a range of experiences that allow visitors to explore various aspects of the space of campus, such as local history, sustainability, the natural environment, and the socio-cultural realities of various local communities.   We will also have tables and installations from more than a dozen departments, programs and organizations on campus.

The event culminates with the world theatrical premiere of “Birthplace of the People: A Tongvan Origin Story,” which is a 360 degree film about the origins of the Tongvan people in Puvungna.  The film features 3D artwork, and is narrated by Cindy Alvitre of American Indian Studies.  See the attached flyer for more details, but the 14 minute film will be shown from 12:00 to 2:00 in the Gerald M. Kline Innovation Space’s “Igloo” VR cinema.  A first for the campus, this immersive theater can accommodate 20 viewers per showing.  Roundtable discussions with the team behind the film will take place at 12:30 and 1:30.  The film will continue to run during the discussions.

Other available experiences include: