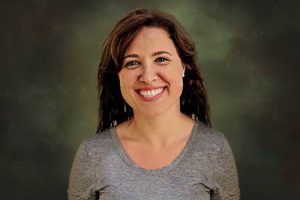 Emily Barrett (MA Philosophy ’14) was selected as the 2013–2014 Graduate Research Fellow for the College of Liberal Arts. She was awarded the fellowship for her proposal, entitled Offloading Depressive Experience: The Role of Others in the Treatment of Disorder. Her research was conducted under the supervision of Dr. Cory Wright, Associate Professor in the Department of Philosophy. Emily’s project was motivated by her interests in philosophy of psychiatry, a burgeoning interdisciplinary field which draws from philosophical subdisciplines like philosophy of science, philosophy of mind, and metaphysics, as well as psychology and neuroscience. Some of the central questions in philosophy of psychiatry that Emily explored during the course of her research included: what makes a given condition an illness? Should psychiatry conform to a medical model? What explains mental illness? Do clinical categories capture the right conception of mental illness?

Emily’s proposal was inspired by psychological studies suggesting that the presence of social support positively correlates both with a higher likelihood of recovering from depression as well as a lower likelihood of recurrence of depressive episodes. Emily hypothesized that, if true, this data suggests that depression may not be fully reducible to some set of abnormal brain states—that is, it is not a condition which is merely internal to the individual. Instead, depression is partially constituted by social conditions, and in this way is extended beyond the individual to the external environment. This reconceptualization of depression challenges some of the internalist assumptions about mental illness that are widespread in the empirical literature.

Ultimately, Emily applied her research to several domains. Her Master’s thesis, Defending the Doxastic Conception of Delusions, focuses on themes concerning the nature of delusional disorders. Some have claimed that putative delusions do not seem to satisfy the philosophical criteria for proper beliefs, but this doesn’t render delusions ‘non-doxastic’; rather, delusions are a type of irrational belief, albeit an extreme one. In her thesis, Emily defends the doxastic view—argued for by Lisa Bortolotti in her 2009 book Delusions and Other Irrational Beliefs—that delusions are beliefs. Additionally, Emily co-authored a review of Bortolotti’s book with Dr. Wright, which was published in Philosophical Quarterly in 2014. She also presented a paper, ‘Clinical Implications of Conversational Implicature’, at the 2014 meeting of the Association for the Advancement of Philosophy and Psychology in New York.

Emily’s experience as a Graduate Research Fellow advanced her development as a scholar. It also afforded her the opportunity to develop a competitive application to PhD programs in Philosophy while completing the Masters degree. She is now a PhD candidate in Philosophy at the University of Wisconsin–Madison, and in the process of planning her dissertation. The dissertation will, broadly, deal with the question of how to differentiate pathological conditions from undesirable, but normal conditions, such as depression versus sadness related to bereavement. Emily will be teaching a course in Contemporary Moral Problems, and has also developed a course in Philosophy of Psychiatry, which she hopes to teach soon.