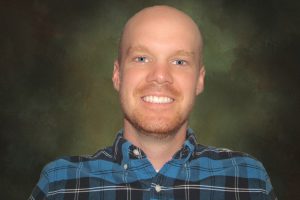 Nathan Lackey (MA Philosophy ’16) was the recipient of the Graduate Research Fellowship award for the College of Liberal Arts in the 2015–2016 academic year, under the supervision of Associate Professor of Philosophy, Dr. Cory Wright. Prior to his graduate studies at Cal State Long Beach, Nathan earned a BS in physics and a BA in Philosophy with a minor in mathematics at the University of North Carolina Asheville. His research during the fellowship period added further depth to his knowledge of these subjects, and culminated in his MA thesis, Scientific Realism and the Structure of Physical Theories. In this thesis, Nathan argued that the structural geometric changes in physical theory of the 20th century provide another historical example in support of the pessimistic meta-induction, which is one of the central philosophical arguments against scientific realism. As a result, Nathan concluded that realism about spacetime and its geometric structure is epistemologically unjustified—a conclusion that has implications for interpreting modern physics.

Nathan presented his work-in-progress at several venues. His paper ‘Congruence, geometry and space’ placed in the top three of the Humanities & Letters division of the 27th Annual Student Research Competition, and he was invited to give this same presentation at the 5th Annual Philosophy Day Symposium. Additionally, created and organized a Philosophy of Mathematics Reading Group, which was inclusively intended for any undergraduate or graduate students interested in Philosophy of Mathematics, Logic, and Philosophy of Geometry. This group met regularly in the 2015–2016 academic year to discuss central readings in the philosophy of mathematics. Nathan also helped organize a colloquium on Philosophy of Geometry at Cal State Long Beach featuring John Mumma from Cal State San Bernardino. Nathan gave a talk based on work from his thesis, ‘Interpreting geometry through physics’, and Prof. Mumma presented his paper, ‘Intuitions, axioms, and Euclid’s diagrammatic proof method’.

The Graduate Research Fellowship also gave Nathan the opportunity to study María de Paz & Robert DiSalle’s book Poincaré, Philosopher of Science: Problems and Perspectives. Nathan subsequently coauthored a review of the book, which was published in volume 36 of the journal Philosophy in Review (2016).

Nathan was admitted to the doctoral program in philosophy at the University of Minnesota, beginning in fall of 2017. The University of Minnesota, with its Center for Philosophy of Science, has historically been one of the most premier programs world-wide for advanced study of Philosophy of the Natural and Formal Sciences. The Graduate Research Fellowship was an integral part of his Ph.D applications. At Minnesota, Nathan plans to continue developing his research interests in the Philosophy of Physics and Mathematics that were initiated as a Graduate Research Fellow at Cal State Long Beach.