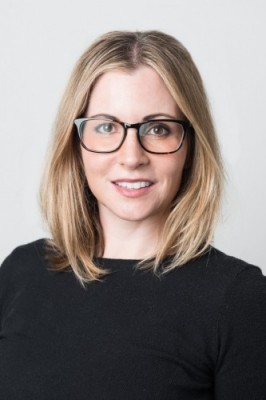 History’s Emily Berquist Soule is on her way to completing her next book on the Atlantic slave trade thanks to being the first College of Liberal Arts faculty member to win the $10,000 Office of Research and Sponsored Programs (ORSP) Internal Research Award.

Berquist Soule said she was pleased to be an ORSP Internal Research Award winner.

“The goal of the grant is the provide start-up funds so the awardee then can apply for a major grant the following year,” explained Berquist Soule, who was hired as an assistant professor at CSULB in 2007. “It offers a $10,000 fund to advance your research.”Emily Berquist Soule (Photo by Trang Le)

“They will help me inventory and transcribe digitalized copies of archival documents from Argentina,” she said. “What remains of the $10,000 will support a research trip to Spain in the summer of 2018 where I will work in an important but vastly underutilized section of Seville’s Archive of the Indies, titled ‘Unfiled Matters Pertaining to Slaves.’ After that, I will apply for a fellowship at the Getty Research Center in 2018 that would support another full year to work on my book, The Atlantic Slave Trade in the Rise and Fall of the Spanish Empire.”

Research drawn from book’s first chapter will appear in early 2018 in Atlantic Studies: Global Currents, a cutting-edge British journal that draws contributions from academics and literary figures from around the world. Although Berquist Soule has been working on the research for this project since 2007, it was thanks to a National Endowment for the Humanities faculty fellowship that she was able to devote the 2015-16 academic year to the project full time. Funding dependent, Berquist Soule hopes to have the entire book finished by 2020.

The Atlantic Slave Trade in the Rise and Fall of the Spanish Empire tells the story of how the Spanish empire was built using slavery and the slave trade as statecraft. It begins with the earliest Iberian expansion overseas, to the Canary Islands in the 14th century where the Spanish first began capturing foreign peoples in newly acquired territory. It traces the development of the political, economic and legal structures that supported the slave trade.

Dealing with the Atlantic slave trade from the 15th through the 19th centuries means having a different understanding of the world in the 21st century. Berquist Soule explains that “Today, we define the nature of human beings differently and most people understand that there is no innate qualitative difference among people from different parts of the world. But in the early modern period, concepts of inherent differences between men–often based on physical appearance–were one of the central organizing concepts of society. In my work, I approach this problem from a fresh perspective – how did slavery work as an organizing system of the Spanish Empire? How did the political machine of the Spanish Empire use slavery to build a profitable economy, a society guided by laws and a culture built on religious traditions? When you look at the Atlantic slave trade from a macrohistorical angle, you can see how it generated fantastic wealth. It created political ties and market forces. These things help to explain what is arguably one of the very worst episodes of man’s inhumanity to man in the entire history of the world. They do not excuse it. However, their history goes a long way toward explaining how intelligent, informed people could promote and allow the slave trade and slavery.”

One of most compelling narrative episodes in Berquist Soule’s research is based on the infamous Fernando Po expedition, which Berquist Soule deals with in its own chapter. In 1778, during treaty negotiations with Portugal over disputed territories in South America, the Spanish crown won its first-ever official territory in sub-Saharan Africa. Today, this territory is part of the modern country Equatorial Guinea. In the 18th century, the tiny islands in the Bight of Biafra were called Fernando Pó and Annobón. The Spanish sought to use them as waystations for the slave trade where slave traders would deposit new captives and the Spanish would hold them until passing slave ships could purchase them and bring them across the Atlantic. However, unlike the Portuguese, the British, the Dutch and the French, the Spanish had almost no direct experience with the slave trade in Africa, as they had been boxed out of it by a series of international treaties and papal accords in the 15th century.

“They had neither local connections nor a tradition of boots on the ground,” Berquist Soule explained. “The Portuguese and British in the area were none too pleased when the Spanish ships showed up. The expedition is an epic story of failure and disaster. The first expedition captain and a huge percentage of the troops died in the unhealthy climate. The Portuguese stonewalled them bureaucratically for months, refusing to turn over the islands. The locals menaced the settlers and attacked the Spanish settlement, burning it to the ground. Eventually, the situation got so bad that the remaining sailors mutinied and kidnapped their second captain. In just a few years, they gave up on the expedition and returned to Spanish America.”

Berquist Soule emphasizes her new book has much to say to the 21st century. It is founded on questions that are relevant in today’s political climate.

“What are the junctions of racism, governance, and empire? How were empires founded on the idea of European superiority? Why did Europeans think they had the right to dominate and subjugate people of color worldwide?” she asked. “Taken together, my two research projects demonstrate in the Spanish world, there was one set of rules for the exploitation of indigenous people and another for people of African descent. Taken together, these reveal that the Spanish Empire could never have been what it was without such systematic exploitation of ‘the other.’ However, in the history of colonial Spanish America and early modern Spain, the narrative has for so long focused on Indians and silver, it has in many ways overlooked how slavery and the slave trade were also central to building Spanish governance. By putting slavery at the center of the Spanish Empire, my work aims to correct that.”