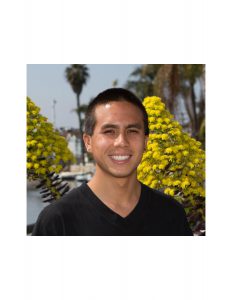 Noah Resto developed a passion for English as a kinesiology undergrad all due to a chance internship opportunity, which he decided to do on a whim. The internship position that spurred the change was for a company called “Idea and Design Works Publishing” located in San Diego, CA. The experience inspired him to re-think his current academic plan and switch lanes to become an English Major in the spring semester of his first year.

Resto’s duties as an editorial intern for junior and senior editors/writers at the company included researching, marketing, and learning about different types of artwork related to their clients. He attributes this amazing internship experience with opening his eyes to a new possible career path as a technical writer. With the encouragement of the department director, he applied for CSULB’s technical and professional communications program and says that it’s the best thing he could have ever done for himself career-wise.

Resto is a huge advocate of the certificate program, stating that he could never have attained the technical skills required for his current position without having gone through the rigorous courses offered at CSULB. The technical program, which is open to any major, allows interested students with a knack for writing to be able to hone their skills and build the necessary expertise to excel in this little-known, but fast-growing field. The two-year program teaches students how to properly communicate in the niche world of technical writing; the proper ways to research information to be translated into a document; and how to write in a clear and concise and manner so that complicated technical jargon can be easily understood by the public.

Resto graduated in the Fall of 2013 confident about his skills and also his career-path because of his time spent doing multiple internships as an undergrad. The experiences he gained were invaluable in him recognizing that this was what he truly wanted to do for the rest of his life. His current position as of July 2014 at Multiquip involves him upgrading and creating user manuals specifically for construction equipment, power generation, and lighting for different vendors. Resto’s goal is to continue to grow with his current company and hone his craft to stay ahead of the technical writing curve.

Position: Editorial Intern, May 2011-August 2011. IDW Publishing. His duties included being a support role to junior and senior editors and writers, researching, marketing and working in the shipping department.

Position: Technical Writer, Sept. 2012-Nov. 2013. Applied and accepted to a technical writing position with CSULB’s division of Student Services in the IT department. His duties included modifying documents for IT staff, faculty, and students.