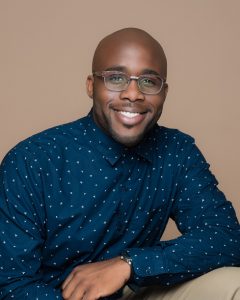 When Dr. Olajide Bamishigbin joins the psychology department in the College of Liberal Arts this fall, he’ll bring a new perspective on family research. Though the health psychologist has contributed to a variety of research throughout his career, some of his recent work shines a light on a group that he says has been underrepresented in past studies: Black fathers.

“Historically, family research has focused primarily on the baby and mother,” he says. “Then, fathers were included, but research focused mostly on white and middle-class fathers. So my research on mental health in Black fathers is novel.”

His work, published in the journal of Social Science and Medicine, uncovered a disparity between Black fathers and other ethnicities and races studied in the past. “I have found that fathers who experience more racism shortly after the birth of a child reported more depressive symptoms one year after the birth of a child,” he says.“I have also found that adolescent fathers are more likely to be Black and come from low-income backgrounds.”

Dr. Bamishigbin, who received his doctorate in health psychology from UCLA, is a father himself; his kids were born while he was working on his bachelor’s degree at the University of Miami. Despite experiencing both racism and the hardship of raising children while working toward a degree, he kept pushing on, acknowledging the support that came from the people he is closest to.

“Being a father is hard, and managing the changes to sleep and stress for young children is very difficult,” he says. “I am very lucky to have the support of my wife, family and friends as I parent my young children.”

Throughout his academic career, Dr. Bamishigbin has focused his research on underrepresented groups.

A study he recently published in Health Psychology covered spirituality and its effect on depression in Black, Latino and white cancer survivors. It revealed that Black cancer survivors felt greater meaning and peace in their life, Latino and Black survivors held greater faith in a higher power, and white survivors felt the least faith, meaning and peace of the three groups. Despite this, the whites did not have the most depressive symptoms. Rather, the Latino group did.

A previous study revealed that cancer survivors reported the highest number of depressive symptoms like anxiety and hopelessness; Dr. Bamishigbin’s study builds on those findings by revealing that Latinos had it the worst due to socioeconomic factors. His study is a testament to the fact that researching the differences between cultural and social groups is important and can broaden the understanding of previous research, he says.

“The general public is getting educated on exactly what the term health disparities means, as COVID-19 is disproportionately affecting African American and Latinx communities,” she says. “His research investigates the physical and mental health of underrepresented groups in psychological research. We are certain that our students will be eager to take his classes and assist him with research.”

Dr. Bamishigbin is enthusiastic about teaching classes and conducting research, but is most excited about helping undergraduate students progress in their career and helping “the next generation of scholars of color.”

“I chose Cal State Long Beach because I really do enjoy working in the CSU system and teaching and mentoring students,” he says. “Our department has a great health psychology area as well, and I am confident that we can all do some great research together.”