Incoming Professor Wants to Create an Environment that Promotes Change 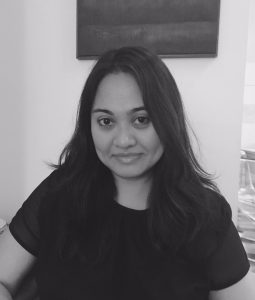 Dr. Azza Basarudin has always dreamed of teaching at a university that aligns with her progressive values. When she begins her journey at CSULB this fall as a professor in the women’s gender and sexuality studies department, she says, she will make that dream a reality, one where she’ll have the opportunity to impact the lives of her students for a better society.

For the past five years, she has been teaching women’s and gender studies at UCLA and Cal State Northridge. She has also taught at Harvard University and Cerritos College.

Basarudin’s work centers on marginalized communities with an emphasis on Muslim groups. She has also taught and conducted research on the subjects of gender/sexuality, Islam, transnational feminism, women’s movements, law, and human rights..

Her most recent project focuses on gender and counterterrorism, two subjects that she found to be closely related. “We focus on the ways that feminist discourses of empowerment and motherhood are deployed in the service of national security to investigate how the intimate, familial, and communal lives of Muslims are sites of surveillance work by the state, and how gender guides the racialization of Muslims in the war on terror,” she says.

In the fall, she plans to continue her research on gender and counterterrorism and will also start a new project that focuses on community activism, “investigating the various types of cross-racial/ethnic grassroots mobilizations against state surveillance and policing between Muslims, Latinos, and African American community activists in the wake of the latest uprising against racial injustice.”

From the time she was young, Dr. Basarudin’s family instilled in her the importance of education and its impact on society. Her parents and her maternal grandparents were all educators, and she says they’ve had a positive impact on her teaching philosophy.

“We lived on a small island, and growing up when we were out and about, current and former students always approached my parents with so much gratitude for all that they have given in service of teaching,” Dr. Basarudin says. “In essence, I consider teaching as the highest form of public service. One has the opportunity to shape hearts and minds, and if you are courageous enough, to change lives. I want to honor my parents’ legacy, and I try to do so in the various learning spaces that I have encountered, across oceans, and worlds away.”

At CSULB, she believes she will have the foundation to make social change and influence the lives of students.

“At CSULB, I found colleagues who share my commitment and the department’s mission that explicitly states that it promises no answers but provides a rigorous intersectional framework that may provide a shift in student consciousness,” Dr. Basarudin says. “This goes to the beating heart of the discipline of gender studies—to encourage critical questioning of systems of power, sources of knowledge production, and patterns of discrimination and injustice. This mission excites me and, in many ways, the WGSS department and CSULB feel like the intellectual/professional home that I have been yearning for.”

In the fall, Dr. Basarudin will be teaching Feminist Research Methods and Bodies and Borders: Feminism and Globalization. Students taking her classes can expect an open-minded discussion in the classroom, she says, and a professor who takes the time to understand that everyone’s learning style is unique.

“The top three factors that students most appreciate are my pedagogy and passion for teaching, diligence in creating a safe and motivated classroom environment, and genuine interest in the relationship between their mental/physical well-being and the learning process,” she says.

Jennifer Reed, chair of the women’s, gender, and sexuality studies department, is excited to give Basarudin a platform this fall. “She brings the specializations in international Muslim communities, applied feminist work, the ability to teach feminist methodologies, a vigorous and accomplished scholarly agenda, community work locally and globally, and lots of teaching experience,” Reed says. “She will add so much to the department in so many ways.”