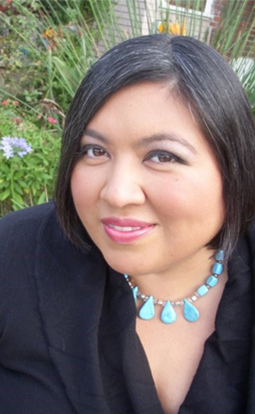 Griselda Suarez wasn’t quite sure what the reaction would be when she finally came out as a lesbian in the 1990s.

There weren’t a lot, if any, support groups to reach out to. Friends who were gay or lesbian, well, they just weren’t ready to come out. And general public acceptance was on the distant horizon.

“It can be so dark for a lot of young people to come out, still,” said Suarez, a lecturer in Chicano and Latino Studies. “Sometimes the support is right in front of you, but it’s hard to see it because you are in that dark place.”

Among the places at CSULB that can provide assistance are the Lesbian, Gay, Bisexual, Transgender Student Resource Center (LGBTSRC), which strives to promote full inclusion of lesbian, gay, bisexual, transgender, transsexual, intersex and queer identified individuals and their allies on campus. Among other university groups than can provide support are—Rainbow Café, a place to connect with LGBTQIA2SP students in support of sexual and gender diversity; and Queers and Allies, a recognized student organization at CSULB that provides a safe place for all individuals regardless of sexual orientation and gender identity.

And, in addition to its regular services, Counseling and Psychological Services on campus also coordinates The Safe Zone, a LGBT awareness and support program designed to improve campus climate for this underrepresented community.

“I think that groups and centers and resource centers on campus are so important because they give individuals places to go and talk it out and have someone listen,” said Suarez. “That’s important. I encourage people to take advantage of those things.”

At CSULB, Suarez provides support in her own way, one being a café night at which individuals can share what they want to share, be it poetry, film, dance or music. She has made it a point to bring in as many queer performers as possible, most being from Long Beach or Los Angeles.

“This is an important event for me,” she said. “Students who may have been struggling like I was in college with my identity have the opportunity to see queer folks of color and queer Chicanas or Chicanos. I think that’s crucial.

The event, which is held once a semester, is now student organized and run, something Suarez is proud of.

“That’s the kind of thing I think is important. I help set something up, I help get students involved, train them and make them feel comfortable and then hand it off to them to run,” she said. “That’s what I like to do.”

Most recently, Suarez has taken a new position, being named the executive director at the Arts Council for Long Beach. It’s a post from which she intends to promote diversity for all artists.

“It’s been quite the dream to go work on the arts and arts’ advocacy for everyone here in Long Beach,” she said. “I think the reason I can make an impact is that we have such good collaboration in this city and we also have a gay mayor. If you have a gay mayor, it says a lot. It puts it front and center. So we have people who are invested in the community in key positions. We have people who are willing to get out there and do some of the work and find more people to come along with them. That’s important for me. And I learned that from my organizing past.”

Suarez grew up during the AIDS epidemic when individuals didn’t know quite what it was. For her, it provided an introduction to the world of activism.

“It was interesting that I picked sexual health first to study and, the more I learned, the more I realized how much it impacted my life, not personally, but people I knew,” said Suarez, who comes from a supportive family that encouraged its children to speak out. “So my first real venture into LGBT activism dealt with sexual health.

“It opened up my mind and possibilities of how to become an activist,” she added, “which I really grabbed on to and I really liked. I like working with people. I like getting people together. I like facilitating conversations. It really helped me and from that point forward I started doing other things like mentoring and getting involved in creating on campus publications or whatever we needed to do.”

As a long-time and active writer, Suarez is self-censoring which, in her case, means she doesn’t censor herself whatsoever.

“What I do now is just talk from my experience, what I really see and how I can really impact through literature or my actions. Some of the younger writers think that’s brave,” she said. “For me, it’s my truth, so I’m not going to shy away from it. I’ve had many students and young writers tell me how they find it inspiring and that’s pressure that I welcome.”