College of Liberal ArtsEventsSvevo on the Couch: A Writer's Journey with Freud

Svevo on the Couch: A Writer's Journey with Freud 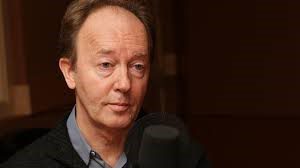 The first fictional work that used psychoanalysis as a central plot device was Italo Svevo’s La coscienza di Zeno (Zeno’s Conscience), published in 1923.  Based on his research into the overlooked biographical background of the novel, Dr. Borch-Jacobsen relates the writing of the book to Svevo’s personal involvement with psychoanalysis and notably to his brother-in-law Bruno Veneziani’s failed analysis with Dr. Freud.  Whereas Svevo’s novel is most often described as a « psychoanalytic novel », Dr. Borch-Jacobsen argues that it is in fact a profound and ironic critique of psychoanalytic therapy, informed both by the ideas of the French psychotherapist Emile Coué and Bruno Veneziani’s disastrous experience on Freud’s couch.

Sponsored by: CLA Scholarly Intersections, the Department of Comparative World Literature and Classics, and The Psychology Department