College of Liberal ArtsFeaturedTaking It To The Street

Taking It To The Street 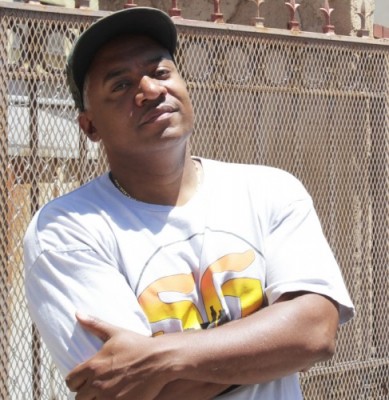 Chicano and Latino Studies’ Alex Alonso (above) hits the streets when interviewing gang members for his website streetgangs.com.

When visitors arrive on the website “streetgangs.com,” they can expect to see personal interviews with gang members conducted by the website’s founder, Chicano and Latino Studies’ lecturer Alex Alonso.

“They talk about their experiences and their history as opposed to what most people are used to seeing when they watch the news or talk to the police about gangs,” said Alonso, who joined CSULB in 2015. “We don’t talk about violence, crime or any sort of activity that would be risky to talk about. Besides, that is out there already. You can watch ‘Gangland’ on the History Channel. What visitors to streetgangs.com will see are people with reasons for what they do. Why did they join a gang? What kind of family did they have or didn’t have? Viewers will gain a humanistic understanding of gang culture through photos, maps and news. There is information about which gangs are in which parts of Los Angeles County.”

When Alonso founded the website in 1995, he was a USC undergraduate on his way to his bachelor’s degree in environmental studies in 1995 and as master’s in urban geography in 1999. “This website challenges cultural stereotypes,” said Alonso. “There are a lot of myths about street gangs. One of those myths is that every gang member is a violent criminal. The few that are violent criminals shape people’s ideas of what all gangs are like. It is difficult challenging those myths.”

When his USC website began to record tens of thousands of viewers, he knew he’d found a way to connect with L.A.

“People were really visiting it,” he said. “In In 1998, I bought the domain of streetgangs.com from Network Solutions for $75. Now you can buy them for 10 bucks.”

When YouTube reached out to him about his site’s growing popularity, he became a partner. Since 2013, he has uploaded short videos every Thursday.

“When I first began to shoot gang members in the field during the 1990s, it was difficult,” he recalled. “No one knew who I was. I would be accused of working with the police. That was not something gang members wanted to deal with. I started with gang members I knew personally from high school or the neighborhood around USC.”

Alonso taps into his gang experience when he is called on from time to time to testify for defense lawyers.

“The goal of the prosecution is twofold,” Alonso explained. “One is to gain a guilty verdict and the other is to enhance the gang aspect in order to sentence the defendant to a longer term. In a recent case I observed, a person on trial for the petty theft of a pair of shoes saw a gang enhancement added to his potential sentence. The prosecution argued that the defendant stole the shoes for the gang as opposed to shoplifting just for himself. These are the myths I challenge on this website.”

Alonso believes one reason for the site’s success is consistency.

“When people ask how I collected 126,000 subscribers, I point to consistency and quality content as two big reasons. There’s no secret to our success. Others do the same thing,” he said. “What is different here is expanding this platform to social media. There’s an Instagram, Facebook and Twitter for the website. Now, when I reach out to someone, they often know who I am already.”

The measure of success that means the most to Alonso is face time. “People have approached me in movie theaters asking if I’m the guy from streetgangs.com. It happens all the time and that’s something you can’t measure,” he said. “I get recognized by a diverse demographic from gang members to police officers. Law enforcement officials have shaken my hand even though I often testify for the defense. Yet they tell me they check out my stuff. That is a good sign.”

The more the platform grows and the more subscribers there are for the channel, the more stereotypes will be challenged. Alonso feels.

“These stereotypes are already being challenged in the academic literature but, unfortunately, mainstream society does not read academic literature,” he said. “I try to balance the information on streetgangs.com with an academic perspective at the same time I reach out to a mainstream audience. The internet, a website and a YouTube channel help to get the topic out of the bubble of academia.”

“I’ve seen two other websites using basically the same name except for a hyphen or slightly different lettering,” he said. “It was frustrating at first because I did not want this brand to become confused with another. I went out of my way to ask them to change their name. Streetgangs.com is trademarked. But the competition keeps me on my game. I’ve been hired as a consultant by such channels as HBO and A&E who want to create something similar. It’s all about asking, how I can improve this site?”