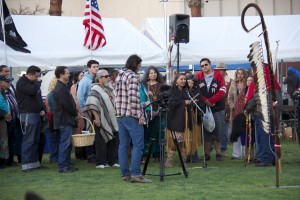 Service Learning is also an option for students who elect to volunteer with Native American Cultural Organizations or the Annual Pow Wow during the semester. 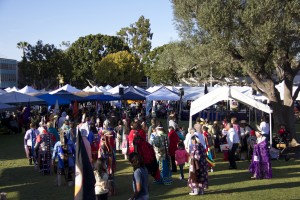 This Spring Semester over 6,000 people will come to CSULB to enjoy the largest and one of the oldest student sponsored event at CSULB — the Annual CSULB Pow Wow. Meet new people, learn about the deeper meaning of American Indian Culture and get involved at CSULB.

American Indian Studies at CSULB is an academic program committed to Indigenous research and scholarship; to create awareness, knowledge, appreciation and respect for the legacy of Native American Peoples everywhere, particularly in the contiguous United States.  We offer a minor and Certificate in American Indian Studies that is an excellent preparation for many professional fields:

Our goal is excellence in educating all students, Native and non-Native, and the public about the Native American experience with significant attention to our complex history within the United States and the inter-cultural/inter-tribal heritage of California.

Students who earn a minor or certificate in American Indian Studies should have current knowledge of:

In the course of learning the above, students are expected to demonstrate their understanding of:

Students who earn a minor or certificate in American Indian Studies are expected to master a  skill base that includes: