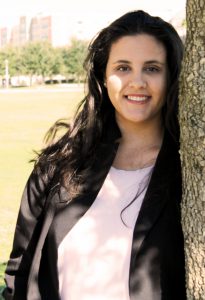 I have two main areas of research focus: human performance under workload and stress (specializing in cognitive neuroscience methods and measures), and human-technology interaction.  In order to facilitate and improve overall system performance, researchers must first identify the junctures at which human performance deteriorates or fails due to stressful environmental or task demands that exceed our natural physical or cognitive capacities. In these efforts, I concentrate on the study of individual differences (the psychological study of human similarities and differences in cognition, emotion, and behavior) as humans’ susceptibility and tolerances for certain stressors or workloads depend on such individual differences.  To better understand the contribution of these and other factors to human performance, I utilize various psychophysiological assessment techniques and quantitative survey tools.  My second area of research is in human-technology interaction. I am interested in how human-computer interaction is changing given the fundamental role shift of the human from operator to monitor or teammate due to the rising popularity of increasingly autonomous systems (i.e., robotic agents, artificial intelligence, autonomous vehicles, drones, etc.).  I am also interested in individual differences in motivation, particularly with regards to Self-Determination Theory, and how different types of motivation influence users’ decisions to adopt, modify, or abandon the use of particular technological systems.  These lines of research seek to inform the design of human-machine systems in order to maximize the effectiveness, efficiency, and safety of human work.