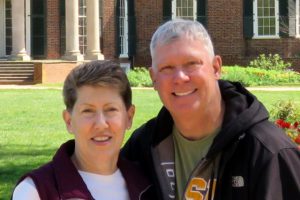 The Yoho family are multi-generational CSULB alumni, consisting of Steve Yoho, his wife Nancy, and their two kids Dan and Alison. Steve graduated from the College of Business with a degree in finance in 1982, while Nancy graduated in 1981 from the College of Liberal Arts with a degree in Geography. Dan and Alison followed their mother into the geography field, graduating in ‘08 and ‘13, respectively. Alison also earned an M.S. in Geography in 2016. Multiple generations of CSULB graduates inspired them to establish the Yoho Family Student Award, which awards financial aid to deserving Geography majors in their junior or senior year. 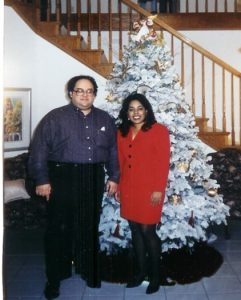 Dr. Edwin Roberts was a beloved professor at CSULB in the Political Science department. He loved his job, and his colleagues expect that he would still be doing it to this day if he had not passed in 2005. Dr. Roberts was gone too soon, but his memory is not forgotten.

Dr. Roberts is survived by his family and his sister, Joan Roberts.

To honor his legacy, Joan became a part of the extended CSULB community by creating an endowed scholarship for students in the Political Science Department. The scholarship is titled the Edwin A. Roberts Memorial Endowed Award. It awards students in their Junior or Senior year and is based on scholastic achievement. Recipients must have a GPA of 3.5 or higher.