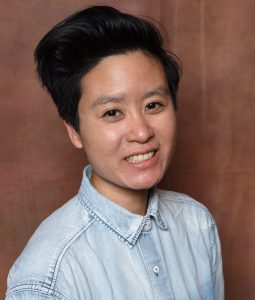 Dr. May Lin, a comparative ethnic studies scholar, is the newest hire for the Asian and Asian American studies department.

Dr. Lin studied comparative ethnic studies at Columbia and continued her education at UCLA, where she got her master’s in Asian American studies. A year ago, she received her doctorate in sociology at USC, where she learned research methods to address the questions and issues that arose in her ethnic studies grounding.

For Dr. Lin, who was awarded a fellowship from the American Sociological Association and the Minority Fellowship Program, research offers the possibility of tangible changes in the communities that her field studies.

“I really try to think about research as not just being about studying marginalized communities, but about really leveraging the power of possibilities of the university and the resources that we have to transform the conditions that we study and critique,” Lin says.

Dr. Lin’s background is in social movements, organizing, and civil and political engagement of Asian Americans and other youths of color. She’s written articles about Asian American civil engagement and organization, children of immigrants, and people of color in several journals, including Health Affairs.

At USC, Dr. Lin taught  as an adjunct professor in Asian American studies and public affairs. Over the past year, she worked as a post-doctorate fellow at the University of Denver in their Social Movement Support Lab, which supports organizations working to divest funds from criminalization and policing, and invest them instead in social support.

In the fall semester, Dr. Lin will be teaching the new ethnic studies GE requirement, Comparative Ethnic Studies, at CSULB. In spring, she’ll take on the Contemporary Issues in Asian America course.

For Dr. Lin, who has worked with organizations like Californians for Justice and Khmer Girls in Action, working at CSULB, so close to a  community where she’s established deep ties, is ideal.

“I’ve been really invested in Long Beach communities for racial, gender, economic and health justice, whether in the form of youth organizing or other entities,” she says. “I feel very much invested in supporting and being a part of Long Beach movements.”