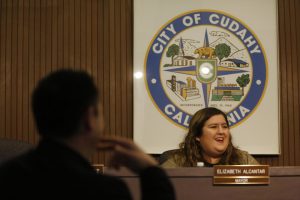 <strong>Douglas Fenstermaker</strong> (BS, 1975, College of Liberal Arts) has been named Vice President of healthcare for Warbird Consulting Partners, a professional services firm based in Atlanta, GA. He was previously the CFO for HealthEast Care System in St. Paul, MN.

<strong>William Greenwalt </strong>(BA, 1982, College of Liberal Arts) was named the Aerospace Industries Association’s Vice President of Acquisition Policy. He was previously the Deputy Director for the Surveys and Investigations staff of the House Appropriations Committee.

<strong>Norman R. Hill</strong> (BA, 1991, College of Liberal Arts) was appointed by Oregon Governor John Kitzhaber as the newest judge at the Polk County Circuit Courts. He has been in private practice his entire law career prior to his appointment.

Anthony Marques (BA, 1975, College of Liberal Arts) was named Director of Sales, Western Region for American Fast Freight; he will be based in the company’s Rancho Dominguez, CA. As part of the company’s Hawaiian Transport division, he will oversee the sales in the western half of the United States.

Stephanie J. Bryson (BA, 2011, College of Liberal Arts) was named a Rhodes Scholar, the first for CSULB. She was among 32 Americans chosen by The Rhodes Trust from 830 finalists. Ms. Bryson was the valedictorian at CSULB’s graduation this past May. She is currently pursuing a master’s degree in German and European studies at Georgetown University.

Marcella McFadden (BA, 1991, College of Liberal Arts, MPA, 1996, College of Health & Human Services) was hired as Monterey County Office of Education’s new Information Officer. She was the Marketing Director at the California Schools Boards Association prior to her appointment.

Mike Twyman (BA, 1983, College of Liberal Arts) was named Vice President and General Manager of the Defense Systems Division, one of five divisions within Northrop Grumman’s Information Systems sector. He was most recently the Vice President for Integrated Command, Control, Communications and Intelligence Systems at the company.

Jeffrey L. Pittman (BA, 1985, College of Liberal Arts) was named Director of Wealth Management Division at Montecito Bank & Trust. He was previously the Senior Vice President and Regional Director for the Wells Fargo Wealth Management Group, where he was a founding member of their Wealth Management’s Diversity Council.

Dr. Julie Van Camp is a Professor Emerita of the Department of Philosophy. She published “Yes, But Is It Vandalism? Graffiti, Conceptual Criminals, Artists and Free Speech” in the first volume, second issue of Aesthetic Pathways in June 2011. She also presented a commentary on David Hume’s “Of the Standard of Taste” at the Mountain Plains Philosophy Conference in Denver on October 7th, 2011.

John Contreras (BA, 1987, College of Liberal Arts) has joined reQuire, LLC, the largest release tracking company in the country, as its Vice President of Business Development. Prior to joining reQuire, he managed national sales for National Closing Solutions.

Brian Oberholzer (BA, 2004, College of Liberal Arts) was appointed as Wordsmith Media, Inc.’s new Investor Relations Officer, his responsibilities will be to help facilitate and manage shareholder communication and involvement. He was most recently with Riead Productions helping complete funding for a $20M feature film based on the life of Mother Theresa.

Rev. Dr. Eric Menees (BA, 1983, College of Liberal Arts) was named the next Bishop of the Anglican Diocese of San Joaquin. For the past five years he was the Rector of the Anglican Church of the Resurrection in San Marcos.

Ricardo Mojarro (BA, 1983, College of Liberal Arts) is the new principal of Park Elementary School in Mill Valley, CA. He was previously the principal at Meadows School in the Millbrae School District.

The Honorable Doug Drummond (BA, 1970, College of Liberal Arts) has been appointed by the Mayor of Long Beach to the Long Beach Board of Harbor Commissioners. He was with the Long Beach Police Department for over 25 years and was also a former Vice Mayor; he most recently served on the Board of Directors for the Long Beach Transportation Company.

Dan Dalton (BA, 1970, College of Liberal Arts, MBA, 1974, College of Business Administration) former dean of Indiana University’s Kelly School of Business was honored by his peers with the Distinguished Career Award from the Academy of Management.

Elinor Lester (BA, 2005, College of Liberal Arts) was promoted to Port Manager at SA Recycling’s Terminal Island location. Ms. Lester has been with the company for six years and worked her way up from data entry clerk.

The Hon. Doug Drummond (BA, 1970, College of Liberal Arts) has been appointed by the Mayor of Long Beach to the Long Beach Board of Harbor Commissioners. He was with the Long Beach Police Department for over 25 years and was also a former Vice Mayor. He most recently served on the Board of Directors for the Long Beach Transportation Company.

How did you select CSULB?

I grew up in Downey, California and had friends who already were students at CSULB. I knew the university had a good reputation and after I visited the campus, I really liked it. Plus it was an affordable option and most other local schools were significantly more expensive.

What is your most memorable moment on campus?

I attended an engrossing lecture by Dr. Ellis Hayes on Communication Theory — a field I didn’t even know existed. This lecture was a game changer for me. At that point in my life, I had been searching for a career path, and I was debating between entering into a credential program or a masters program. After this experience, I signed up for the graduate program. This field was definitely love at first sight! Dr. Hayes’ lecture encompassed exactly what I’d been looking for and led me to major in Communication Theory. This was a significant change because my Bachelor’s Degree was in Social Science with an emphasis in Cultural Anthropology. As a result, my masters required 51 units instead of the usual 30.

Which professor influenced you the most during your academic career at CSULB?

There were three influential professors that come to mind during my academic career. They are Ellis Hayes, Jerry Mandel (my graduate advisor), and Luster Hauth. During this time, the Communications Department had incredible faculty and advisors — probably the best on the West Coast. It was a pivotal moment in time for the department because all the professors were extremely talented and I considered them to be at the vanguard of the major. I received a superb education because the faculty really knew their stuff.

Have you kept in contact with anyone from your college days?

I recently just met with Dr. Hauth and his wife, Audrey. It was great to see them and we do plan on maintaining a relationship again. I’ve also recently rekindled my relationship with Dr. Tim Plax. We both went to graduate school together, and now Tim is a professor at CSULB and Administrative Director of the Hauth Center for Communication Skills.

Were you involved in any extracurricular activities while at CSULB?

I wasn’t able to participate in many extracurricular activities while in college because I pretty much worked full-time at Disneyland. It was during my time at Disneyland that I made friends with many CSULB fraternity members who worked there. Although I wasn’t a member of any fraternity, my friends brought me to their parties and I often went on their trips. I was frequently mistaken for a fraternity brother by pledges.

In 1970, I left the theme park and went to Europe for the summer. Before leaving, I lined up substitute teaching jobs in the Downey Unified School District for when I returned. Substitute teaching allowed me the flexibility to complete my master’s program in 1972.

Did you attend any higher education institution after CSULB?

I completed both my bachelor’s and master’s degrees at CSULB. During my years in management and also as a consultant, I took a multitude of career-related programs through different organizations and at different universities, such as UCLA and UCI.

Do you feel your experience and education at CSULB prepared you for your career?

Absolutely! After graduating I hit the ground running. The master’s program prepared me in many ways to be an organizational consultant. Throughout my career, I worked in a variety of companies, organizations, and fields in order to hone my management and organizational skills. My first job was with the Red Cross as a blood consultant. I organized and managed blood drives and part of my job was to motivate people to roll up their sleeve and give blood. My first year I broke almost every record the Red Cross had in Los Angeles and Orange County, including exceeding my chapter’s goal by 39%. Prior to joining them, that chapter had never reached their goal. The following year I was supervising thirty-five blood consultants in both Los Angeles and Orange County — my peers had become my direct reports.

During the ‘80s I worked for Fluor Corporation, and became the speech coach for the Chairman of the Board, Bob Fluor, Sr., the CEO, and other C-suite executives. During my time there I also co-developed, with Dr. Sheila Kessler, a strategic presentation and proposal program that existed for 18-20 years after I left. The programs we developed equipped project teams of engineers worldwide with the skills needed to win business for Fluor.

From there I went to work for Coldwell Banker’s Residential Group managing their training nationwide. I had a staff of fifty talented Training Directors scattered throughout the country. In 1987 I began a consulting practice from my home known as Irv Gamal and Associates. The following year, the business morphed into Insight Systems™ Group which I run to this day. I have always loved what I did, whether it was consulting, executive coaching, or teaching. Since 1979 I have taught leadership and other related topics at college and university levels, including Chapman University and Saddleback College where I currently teach part-time.

What do you believe is the value of a liberal arts education to society?

Master’s programs in liberal arts teach aspects of interpersonal skills which are important for building relationships, networking, and thriving in organizations. Liberal arts students often possess better communication skills that are imperative for managerial success. Formerly, most MBA students were more grounded in business strategy and finance and frequently lacked basic awareness of the “softer side of management.” Today, most business schools worth their salt have a strong emphasis on Organizational Behavior, in addition to the other traditional MBA topics. They have learned the hard way that the business of business is more than business. It’s all about people, and in order to succeed in the business world, you need to get along with others. Just like any other academic endeavor, a Liberal Arts education can provide a foundation for a fulfilling, life-long career if you couple it with hard work, determination, and ambition.