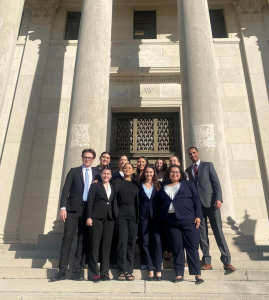 Moot Court Director Dr. Lewis Ringel says this was one of the best first seasons of a new generation of mooters both insofar as regionals and nationals go. The team is young but more experienced and a bit more battle hardened. The future is bright.

Please join us in congratulating Lewis, his team, and the many coaches and alumni that support the program.

To keep up on all things CSULB Moot Court, you can follow them on Instagram, of course!  @csulbmootcourt