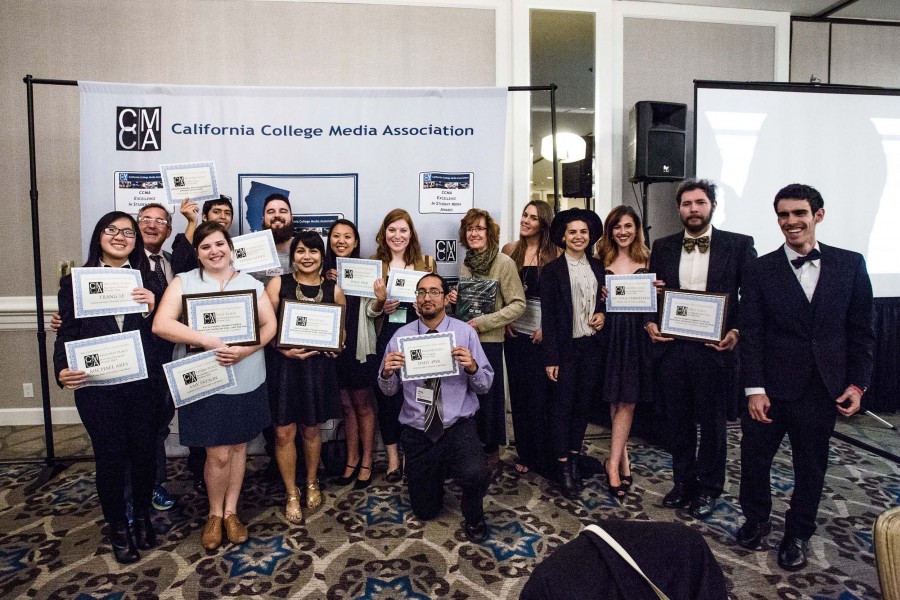 The awards included first place for Best Breaking News Story. Yasmin Cortez, Miranda Andrade-Ceja, Kevin Flores and Amy Patton were recognized for their coverage of the community’s outpouring of grief after the Nov. 13 death of CSULB design student Nohemi Gonzalez in Paris.

The California College Media Association each year recognizes the best in student media among two-year and four-year colleges. Entries are judged by professionals in print and digital media, magazines and advertising.

“The entire Daily 49er staff put in a lot of hard work over the last year, and being recognized for that effort was something to be proud of,” Editor-in-Chief Greg Diaz said. “But I am excited to see what we can do before I graduate from CSULB and the newspaper in May.”

The Daily 49er took second in the Daily category for Best Newspaper. The Daily Bruin at UCLA won first and the Spartan Daily at San Jose State took third.

Brooke Becher won first place for Best Arts and Entertainment story for “Star Wars Day: ‘May the fourth’ be with you, next gen,” a humorous look at the 1977 movie’s influence on youth born decades after the movie was released.

In addition, Daily 49er content adviser and CCMA President Barbara Kingsley-Wilson was named Educator of the Year by the California Journalism and Media Affiliates.