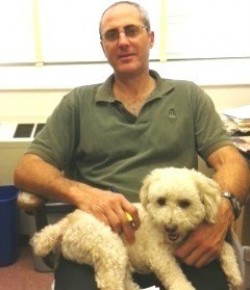 I specialize in the history of modern Europe, Russia, environment, and science. I published a book on disasters in 2010, entitled Perils of Progress, that examines four large-scale environmental and technological tragedies in the twentieth century. This book was based on case studies that I had incorporated into my classes on history of technology, science, and environment. My most recent book (The Cosmonaut Who Couldn’t Stop Smiling: the Life and Legend of Yuri Gagarin) explores modern Soviet and Russian history through the life and times of the first man in space, Yuri Gagarin. My recent research has led me into the archives of NASA courtesy of a grant from NASA and the American Historical Association. I am examining the period of the late Cold War and détente through the history of joint manned space flight missions, beginning with the Apollo-Soyuz space venture of 1975.

Soviet Union, technology and the environment. I began my research on Russian national identity, the subject of my first monograph. I have since branched out into new areas. My newest book compares the social, cultural and political effects of modern environmental and technological disasters at Chernobyl (USSR), Bhopal (India), Love Canal (United States), and Minamata (Japan). I am currently working on a book about the first cosmonaut Yuri Gagarin.