The North American Computational Linguistics Olympiad (NACLO) has announced the winners of the 2019 Invitational Round. Our own Katherine He (from Palos Verdes) was among the top 8 scorers and has earned a spot on Team USA. 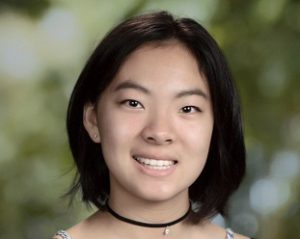 NACLO tests are profoundly challenging and include such topics as analysis of linguistic systems from across the world (in phonology, morphology, semantics and syntax), computational analysis, writing system and code-breaking, and natural language processing.

To earn such a spot on Team USA, Katherine first had to score among the top 10% in the open round (out of a total of 1506 participants). She was then invited to round two (the invitational) where she competed against the very top scorers across the country. The top 8 scorers from the invitational round were then selected for the USA team.

This year’s International Linguistics Olympiad is to be held in Yongin, South Korea in July. Way to go, Katherine!