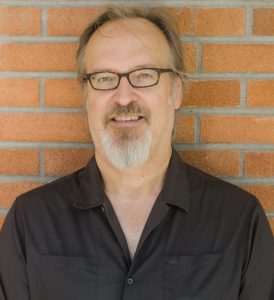 Peter Larsen has been the pop culture reporter for the Orange County Register since 2004, finally achieving the neat trick of getting paid to report and write about the stuff he’s obsessed about pretty much all his life. He regularly covers the Oscars and the Emmys, goes to Comic-Con and Coachella, reviews pop music, and conducts interviews with authors, actors, musicians and directors.

Larsen started in the newspaper business at the Belleville (Ill.) News-Democrat. From there, he moved on to the Los Angeles Daily News and finally ended up at the Orange County Register. He’s taught one or two classes a semester in the journalism and mass communications department at Cal State Long Beach since 2006.

Larsen holds a bachelor’s degree from Lewis and Clark College in Portland, Ore., with a double major in English and communications, and a master’s degree from the Medill School of Journalism at Northwestern University. He’s married with two daughters.