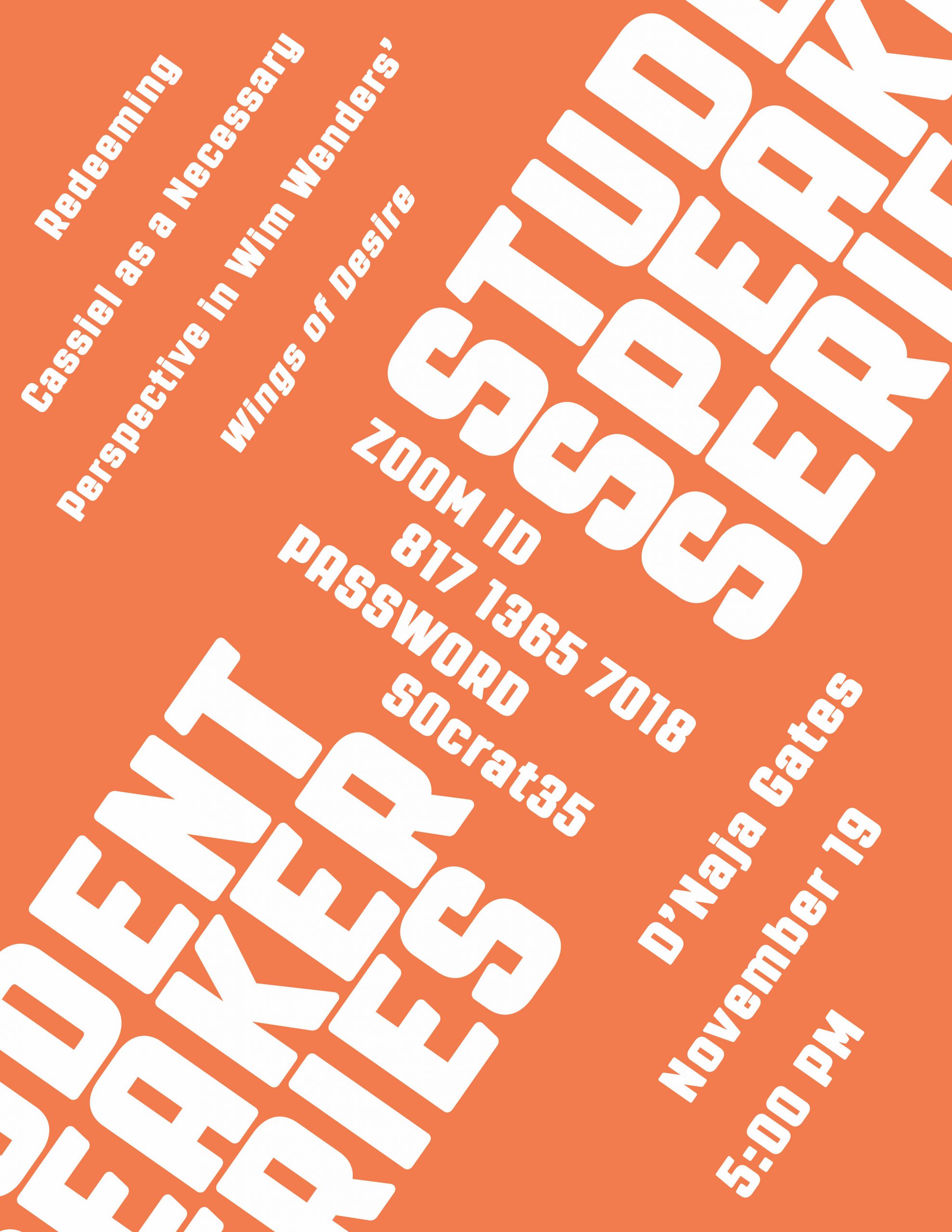 Abstract: In Wim Wenders’ (1987) Wings of Desire, philosophers of film will find an interesting reflection on existential themes. The original ending gives the ex-angel Damiel his happy ending with a new human life and the woman he loves. What of his friend Cassiel? Throughout the film, Cassiel seems supportive of Damiel’s striving to be human; but it is unclear if he possesses this desire himself. There are moments hinting that he, too, wonders what it is like to be human; but others suggest that he is dedicated more to his angelic duties than Damiel. The film ends with Damiel getting to ‘know what no angel has ever known’, and with Cassiel looking out into the horizon with his same monotone perspective as an angel. An alternative ending, cut from the film, has Cassiel choosing to join his longtime friend in human existence: he is shown trying a beer for the first time, and congregating with Damiel and Marion in a playful pie-fighting scene. Is this not the ending Cassiel deserves? Or would it have changed the tone of the film’s ending too much? Wenders’ decision to have Cassiel remain an angel may seem unfair to the character, but it actually dedicates him as the film’s true hero. Without Cassiel choosing to remain an angel as a counter to Damiel’s choice to fall, the existential weight of the film may be lost. By distinguishing between the experiences of both angels and interrogating the implications of deleted scenes that depict Cassiel also choosing to fall, the goal of this talk is to reconstitute Cassiel as a necessary perspective driving the meaning of the story. 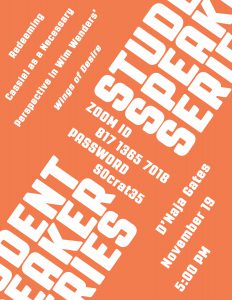